Here’s a quote from Phil about the new Phil-Tone Rift tenor saxophone mouthpiece from his website:

In terms of tip size, I generally suggest players go up a half size from the tip opening they would play on an Otto Link style tenor sax mouthpiece.-Phil Engleman 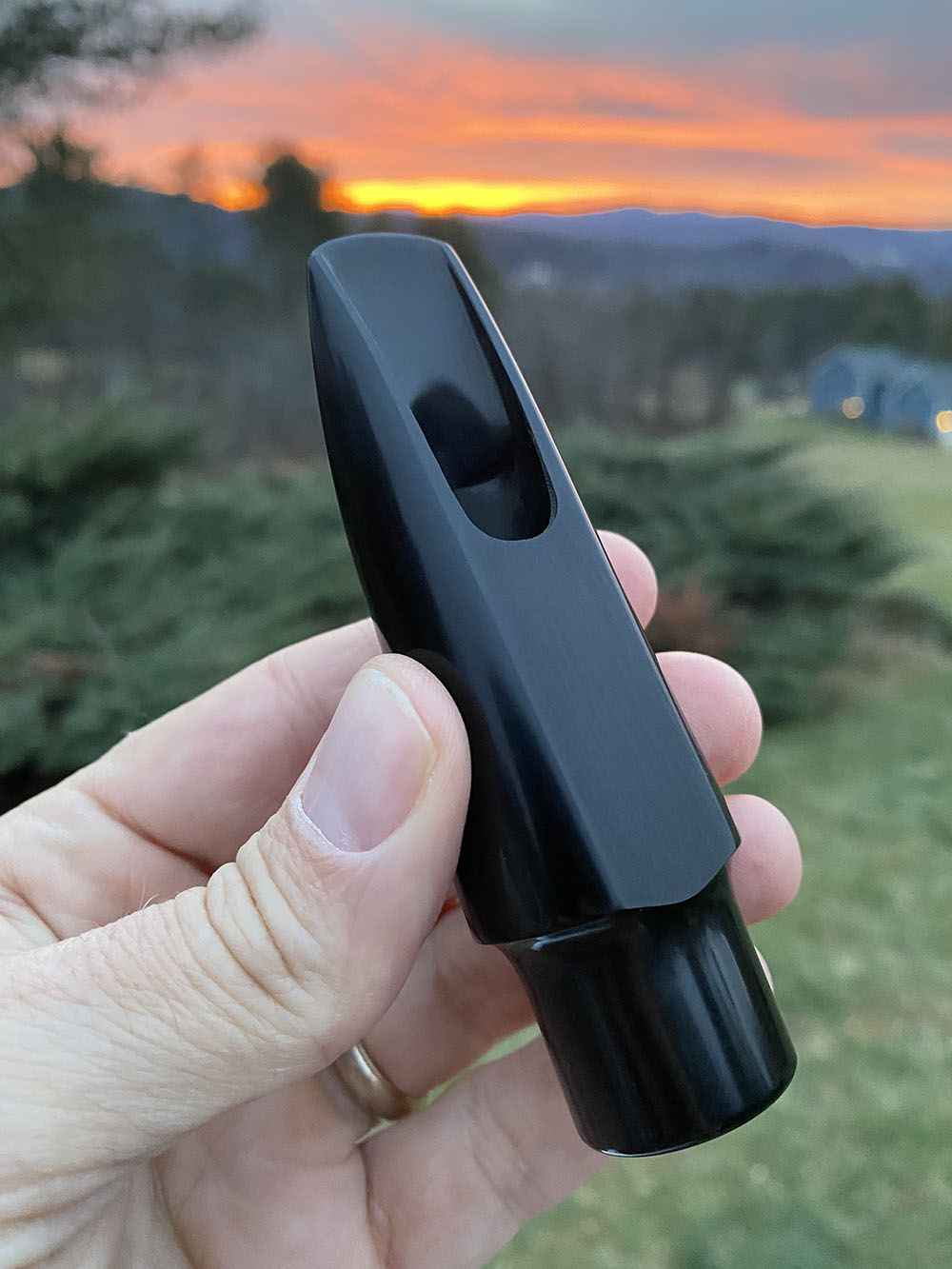 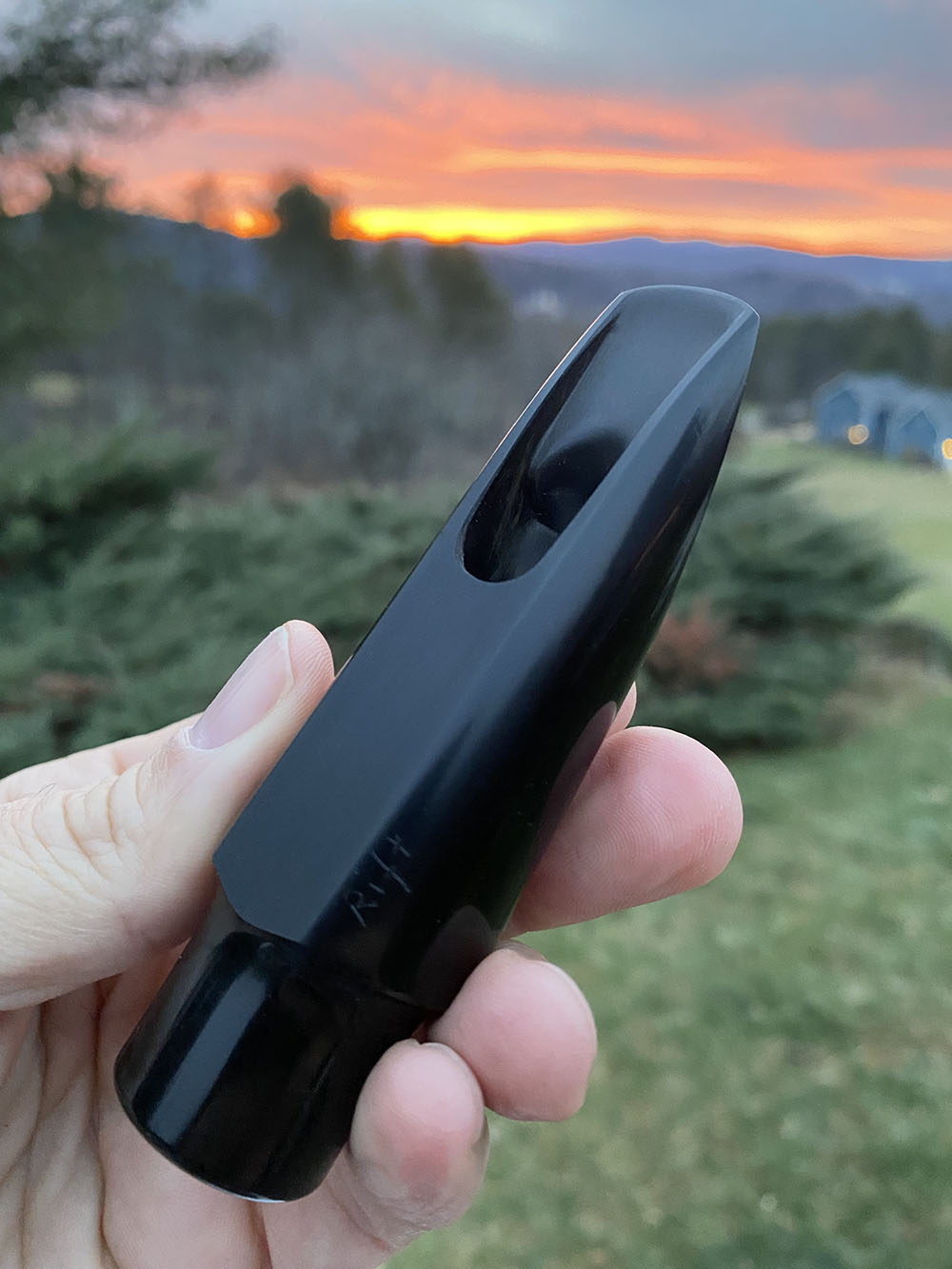 The Phil-Tone Rift mouthpiece tip rail is very close in shape to all of my tenor sax reeds.  The outside edges of the tip rail do extend a little bit farther out than the reed tip width but the mouthpiece and reed performed well when applying the suction test to the mouthpiece.

The table looks flat and the rails look even and thin. The side rails flare out a little bit as they travel towards the tip of the mouthpiece.

I would definitely describe the mouthpiece baffle as a high baffle.  The baffle travels at a pretty high height before it reaches a “bullet” chamber.  A “bullet” chamber is commonly found in Berg Larsen mouthpieces and describes a chamber that has a bullet shape taken out of the center of the rear of the baffle.   The sidewalls are slightly scooped out and look to angle inward slightly as they approach the chamber area. 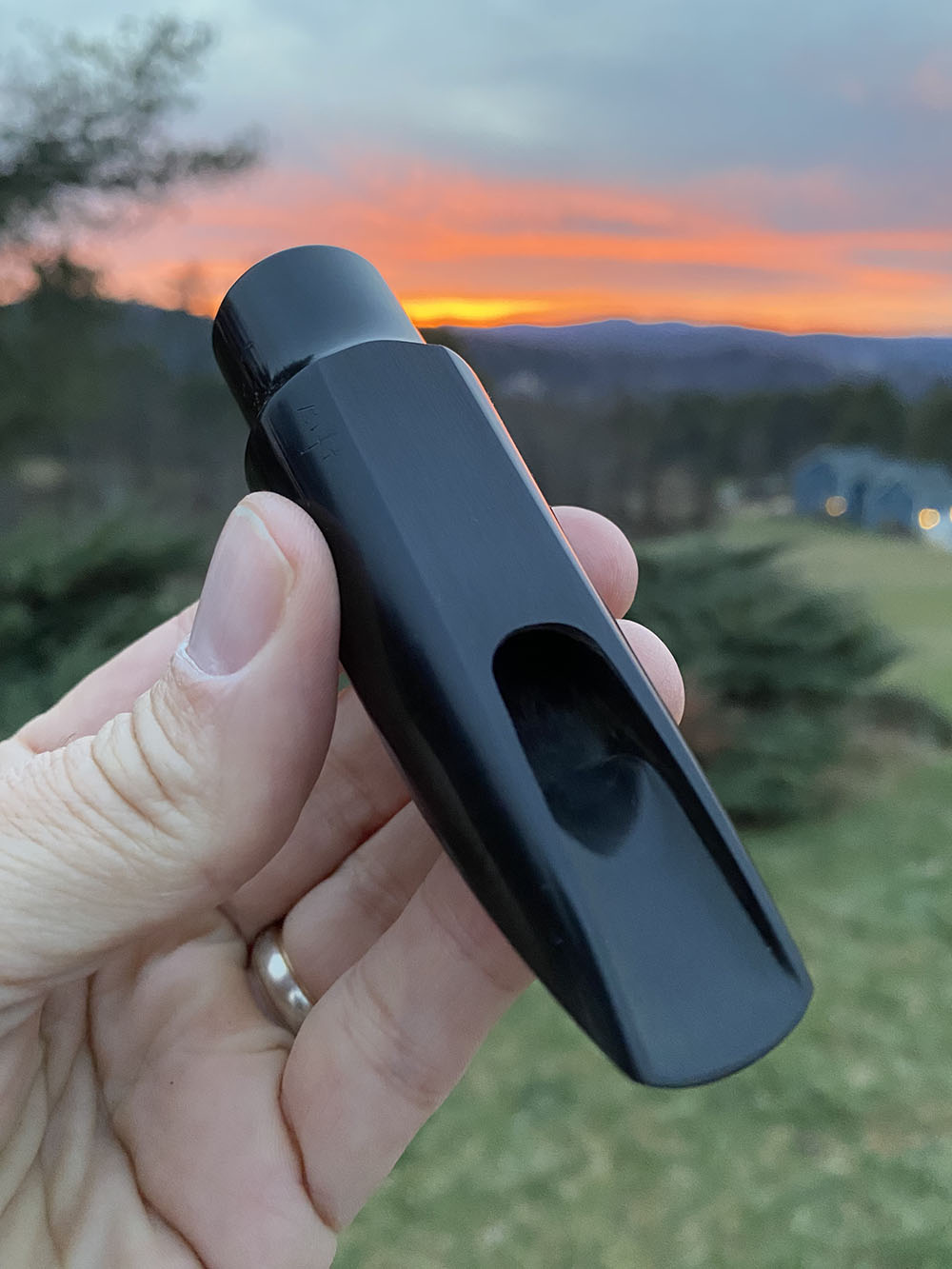 The Phil-Tone Rift tenor saxophone mouthpiece has what I would consider a medium chamber.  The chamber looks smaller than a typical hard rubber Otto Link chamber size and the floor of the chamber is raised where the baffle terminates.  The chamber floor then angles down smoothly until it is even with the bore of the mouthpiece. 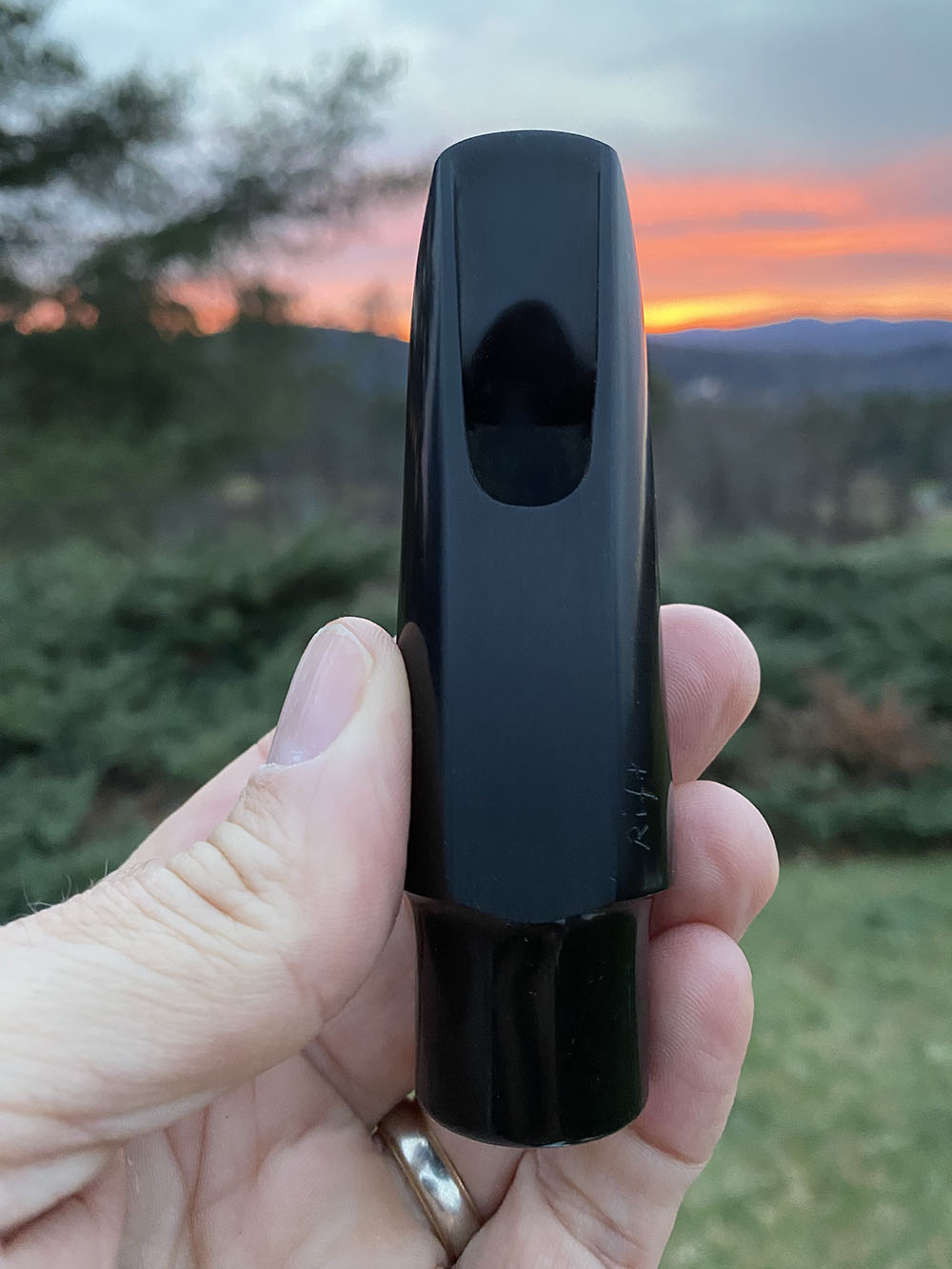 The Phil-Tone Rift tenor saxophone mouthpiece played great with the first reed I put on it which was a SYOS Arcane #3 tenor saxophone reed.  It played so well that after about 15-20 minutes of warming up, I decided to record the sound clips below. 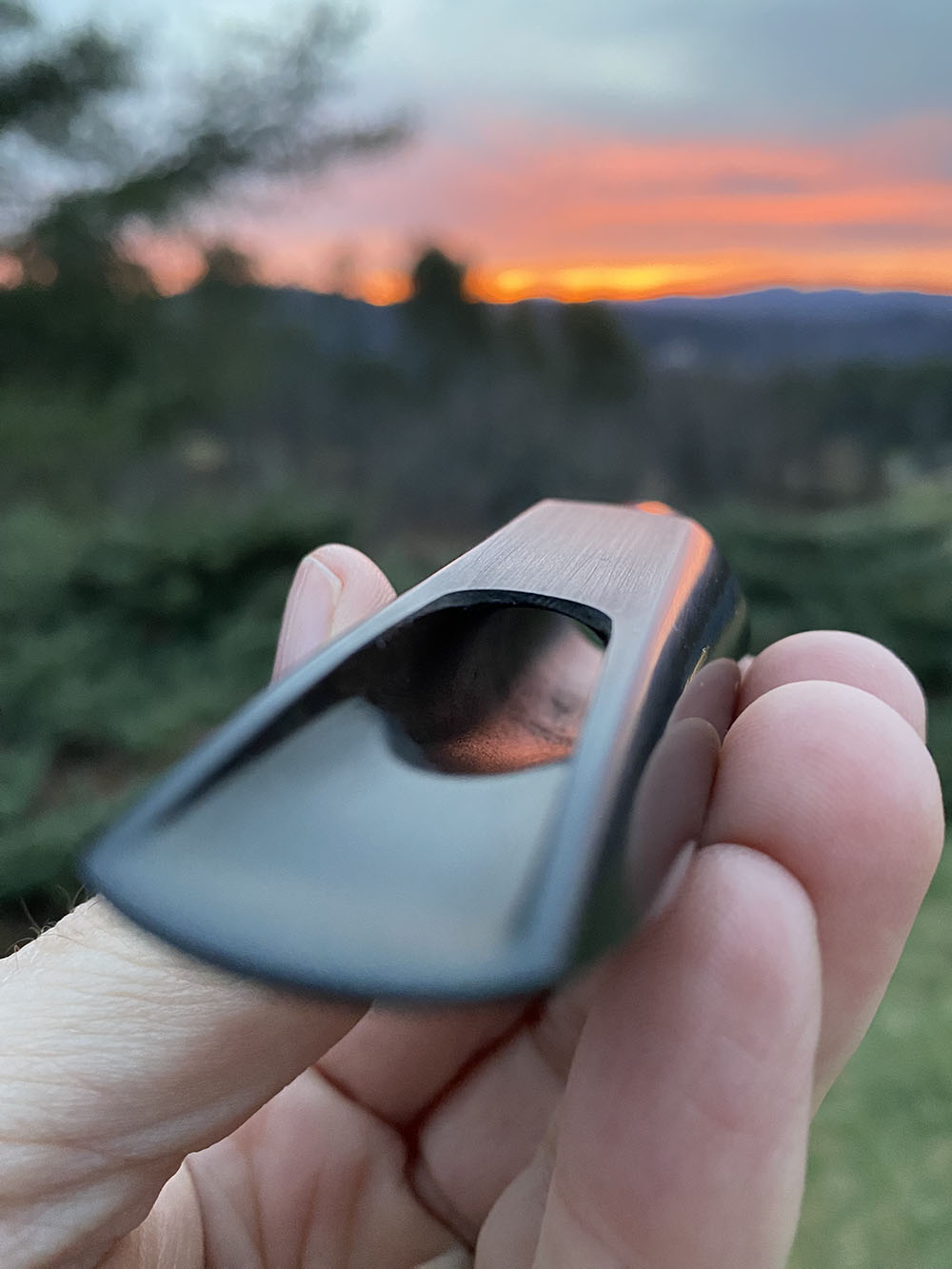 When I first saw the high baffle on the Phil-Tone Rift tenor sax mouthpiece, I was worried that the 8 tip opening would not be open enough for me with a baffle that high, but the .110 tip opening of the Rift mouthpiece felt very comfortable to me.

The Rift tenor sax mouthpiece had a tone that I would describe as meaty, husky and thick.  I heard the sound as having a mid-range boost that made the tone tough and weighty sounding.

At softer volumes, the Rift had a thick and focused tone that was a lot warmer than I was expecting and when I pushed more air through the mouthpiece the tone seemed to become much more focused and brighter.  Although, the tone does become brighter when pushed it still retains that thick, fat and beefy tone.

The low notes are big and full sounding and sub-toned beautifully.  At first, the higher baffle seemed to make these notes a bit more challenging to jump to, but once I figured out the best “voicing” of these low notes in combination with the high baffle they really popped out nicely. 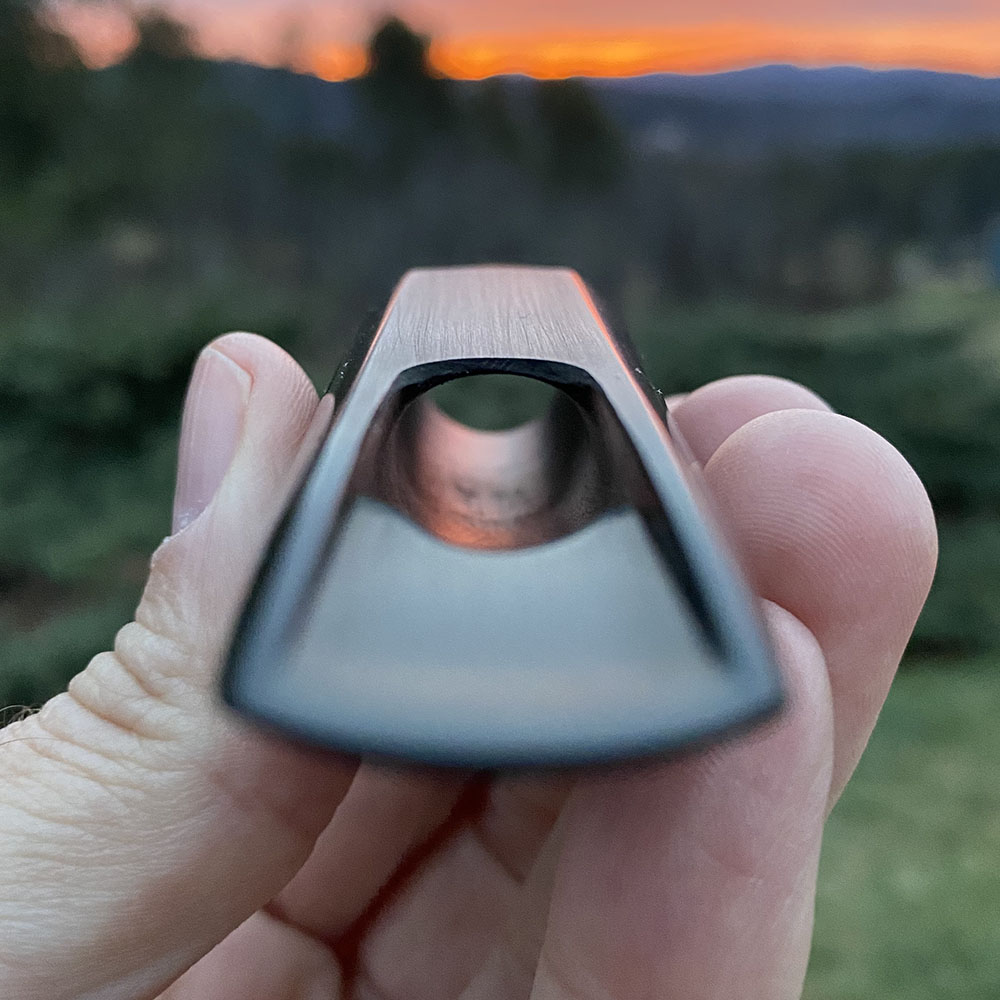 The Phil-Tone Rift tenor saxophone mouthpiece had a nice smoothness and evenness throughout the range of the horn.  I believe the intonation was very good although I didn’t check a tuner after I tuned up initially.   I didn’t notice any notes that stuck out as out of tune or much sharper than usual for me.  Intonation would be a concern when playing on a mouthpiece with as high a baffle as this one but I didn’t notice anything strange with intonation while playing.  * On listening back to the sound clips I did notice a few times where my high G and high A were sharper than usual.  This kind of sharpness is easily remedied by becoming aware of it and adjusting my voicing for those notes.  Keep in mind that I only played this mouthpiece for about 20 minutes before recording.  That sharpness at times is common with my Selmer SBA tenor saxophone and high baffled tenor sax mouthpieces.

Since the Phil-Tone Rift mouthpiece has so much potential for volume and power, I decided to record it at different playing levels to highlight how it can sound while playing at different volumes.  I recorded separate clips at soft, medium soft, medium and loud volumes.  I have also included photos of the waveform of each sound clip via the program Amadeus Pro so you can visually see the volume difference of each clip.

I think these separate sound clips at different playing volumes are important because some listeners might make the mistake of writing the Rift tenor mouthpiece off as a high baffled “paint peeler” of a mouthpiece when it is much more versatile than that. 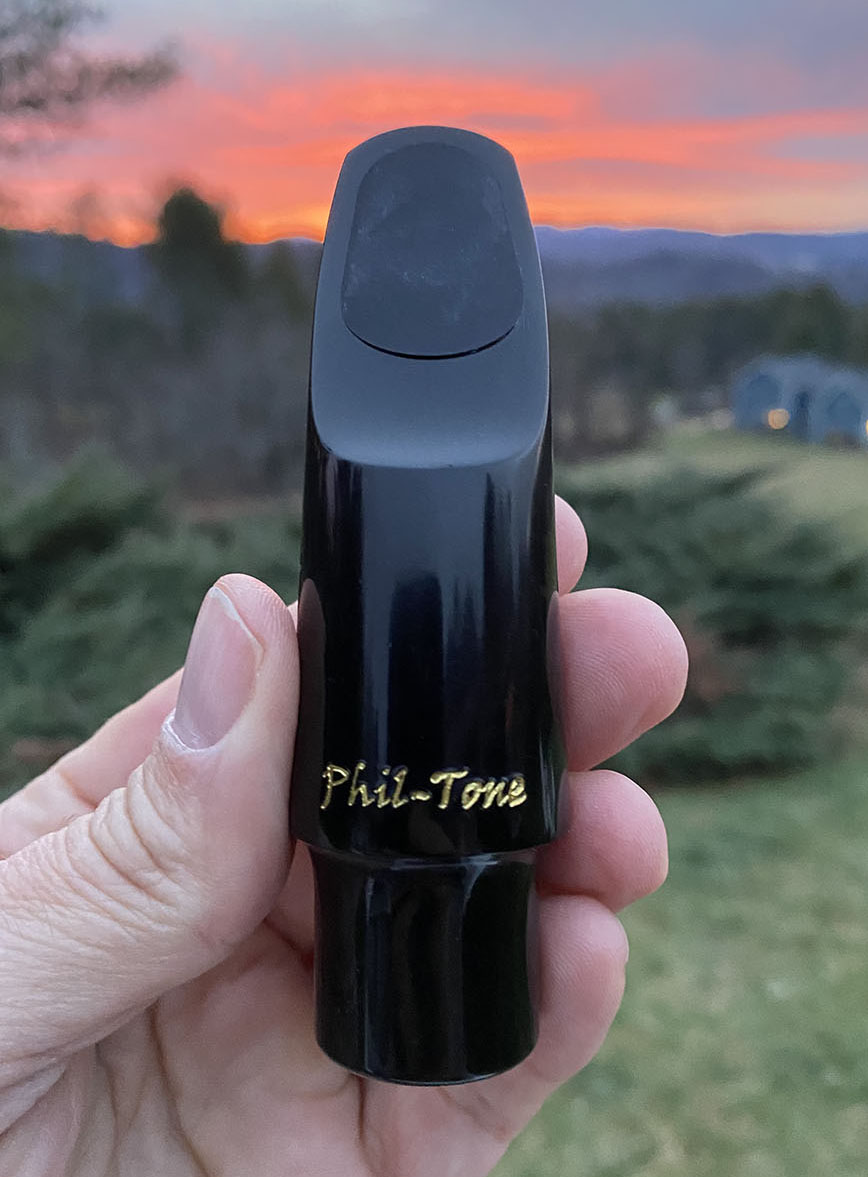 The Phil-Tone Rift tenor saxophone mouthpiece is a great mouthpiece for those of you who value power without sacrificing thickness and depth of tone.  Many tenor sax mouthpieces that are built for power lose some richness of tone, thickness and a fat full sound especially in the upper register and altissimo range of the saxophone.  The husky and thick sound of the Rift tenor mouthpiece would make it a great choice for Rock n’ Roll, funk, pop and I think even jazz music once you learn to control the unbridled power of the Rift.  Listen to the clips below and decided for yourself if it might be a good mouthpiece choice for yourself.

If you have played or end up playing a Phil-Tone Rift tenor saxophone mouthpiece or have any other thoughts or comments about this review, I would love to hear what you think in the comments below.  Thanks,   Steve

This is the softest clip. I blew less air and rolled out more of my bottom lip to get more of a sub-tone effect on this clip.  I also played quite a few jazz lines and melodies.  At the very end of the clip, I play a C Major scale into the altissimo range and it sounds pretty locked in to me.  You can hear some of the untapped brightness underneath the surface of the tone but I tried to keep the tone warmer throughout the clip.

The second clip is with a little bit more air and I would describe it as medium soft.  The increased air starts to transform the foo foo sub-tone sound of the first clip into a more solid focused mass of tone.

The third clip is at a medium volume with less roll-out of the bottom lip. You can hear the increased brightness, focus and edge to the tone.

The fourth clip is what I call 80% air.  I am playing at 80%.  This is the volume I would normally play on a loud gig if I had to wail on a solo.   I like being comfortable at that 80% so when needed, I can have 20% more to add for emergency situations.

The last clip is the same as the fourth clip but I added some reverb to the clip so you can hear what the Phil-Tone Rift tenor sax mouthpiece might sound like with reverb added.

Steve’s monthly lessons are entirely valuable. Without brow beating, he tells you all the stuff you deep down know you really should be working on, instead of just relying on the same old patterns. In spite of the fact that you’re taking a video lesson, Steve’s presentation is comfortable and “real”. In a little more than a year, he’s developed a library of lessons that seem to offer any player a lifetime’s worth of practice material. I’m just glad I stumbled upon it.… END_OF_DOCUMENT_TOKEN_TO_BE_REPLACED

Two years later I began a search for a sax teacher and happened to come across Steve Neff when I was searching YouTube for sax teachers.  I went to neffmusic.com and was very impressed with the lessons Steve Neff was offering.  The concept of selecting lessons was an approach that I thought was unique and purchased a few lessons.  I liked the lessons so much that I signed-up for a 6 month package. I was very happy with all the lessons I selected.  I also purchased Steve’s book Mastering the B… END_OF_DOCUMENT_TOKEN_TO_BE_REPLACED