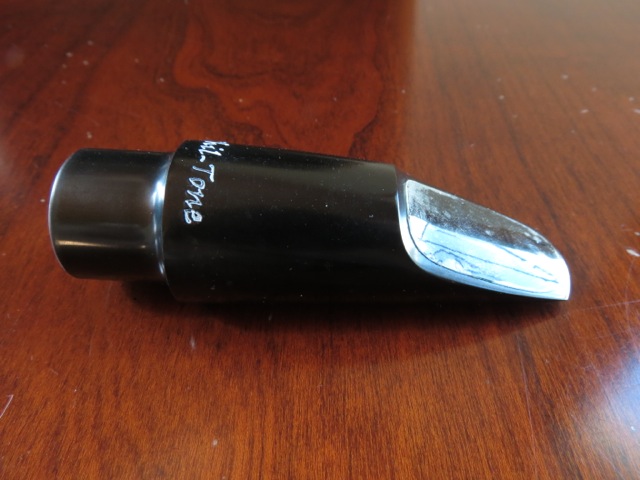 I was intrigued by the Rift as I opened the package and examined it as it looked to have a different and unique baffle design.  I have reviewed hundreds of mouthpieces over the years and seen many different baffle designs but the Rift looked to be unique.  It has a high rollover baffle that rolls down and then back up slightly and then down again into the medium chamber.  The shape reminds me of those slides at the water park that we all love.  I was curious what effect this type of baffle might have on the sound………. 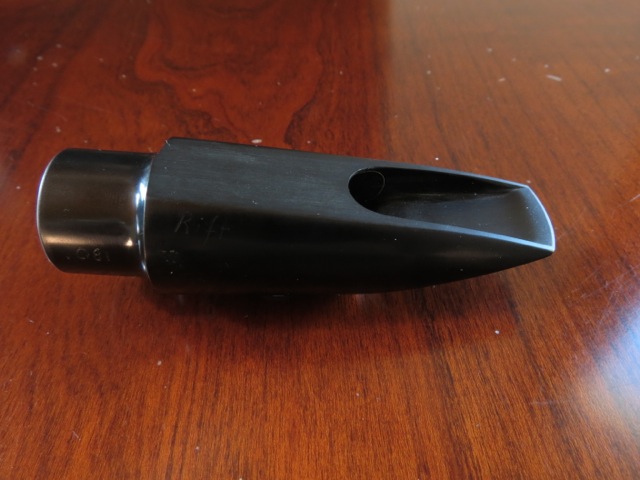 The Rift I received had an .081 tip opening.   I picked a random Rigotti Gold 2 1/2 strong reed I had laying around, wet it, put it on the mouthpiece and tried it with an Vandoren Optimum metal ligature.   The mouthpiece just smoked for me with that very first reed.  It had that combination of bright power and edge with a very fat tone.   I always think of Cannonball when I get into a description of tone like this.  When you listen to his recordings,  he had an incredible balance of brightness and edge with a big fat full sound.   This is how I felt about the Rift!

The other element of sound that I really loved about the Rift is the smoothness and evenness of the notes. Fast runs and lines are as smooth as butter on the Rift.  A lot is said about how effectively a player can communicate with a mouthpiece,  how well he can reproduce what he imagines as he plays his horn.  For me, the Rift has that quality and connection.  I really felt that as I played it that I could play almost anything I imagined as I was improvising. That’s an amazing feeling to have. 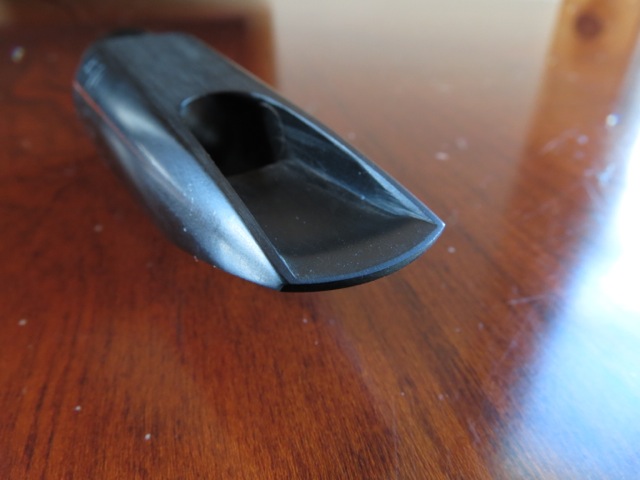 I liked the Rift so much,  after that first week of playing it I emailed Phil and asked to purchase one for myself.  This was a mouthpiece I had to have in my alto case.  Unfortunately, right after I got the Rift, I started having some medical issues with pinched nerves in my upper back and for the past 5 months playing the sax has been very difficult and painful.   Today has been the first day in 5 months that I felt like I could actually play and enjoy it. 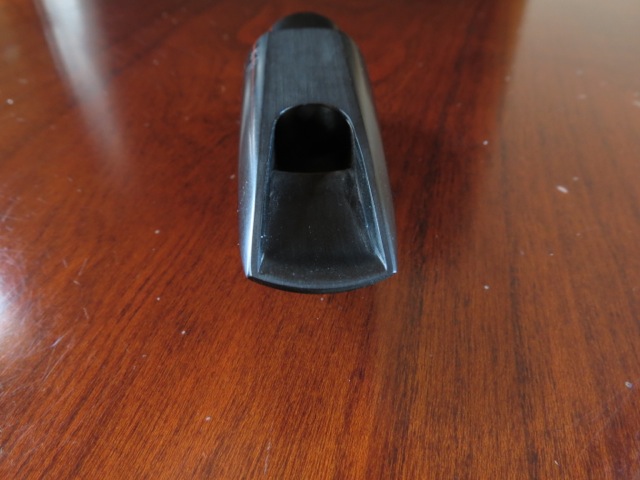 I can gets loads of power out of the Rift and the intonation is excellent.  On many alto mouthpieces my Selmer Reference Alto can be a bit sharp on the midrange notes (Middle D,Eb,E,F and F#)  The Rift was much easier to play these notes in tune.  The tone to me is very lively and strong.  The palm keys have a nice round fatness to them that balances the brightness so it doesn’t sound thin.

In comparison to other mouthpieces, I would say the Rift has more power by far than the standard off the shelf Meyer mouthpieces I have played.  I would also say it has a fatter and brighter sound than a typical Meyer mouthpiece.  If you are playing a Meyer and think you need more power and volume then the Rift might be a good mouthpiece to try.

The Phil-Tone  Rift was a complete joy to play and I’m glad I now have it in my collection of favorite mouthpieces. If you like the sound of the clip below and the mouthpiece catches your interest then give it a try. You can contact Phil on his website at www.phil-tone.com. Tell him Steve sent you………….Great work Phil!!

Mr. Neff,  I want to thank you for sharing your God-given talents through your on-line lessons.  My husband, Michael, is blind, but he is a great sax player and he has been enjoying your lessons for quite some time now.  It’s not unusual for me to hear “Hey, babe, listen to THIS!” – and he will cut loose on his sax, just thrilled at what he learned during his session with you.  His excitement warms my heart!  You have no idea how much you have poured into my husband.  You have opened musical … END_OF_DOCUMENT_TOKEN_TO_BE_REPLACED

I’m an experienced player in the pop/soul/funk areas of music and, previously, classical.  Over the decades I’ve been playing, I’ve always felt that I could do what I needed in those styles of music.  However, recently I began to feel limited by my use of the same old licks. When I discovered Steve Neff’s website, and heard the audio examples based on the exercises in his books, I realized they were what I needed.  I purchased all of them and have been working on them since.  It’s very hard work… END_OF_DOCUMENT_TOKEN_TO_BE_REPLACED

Your material is great! I got your New Altissimo Lesson 6 months ago and I have learned more from that than in all my 44 years of playing! I appreciate your down to earth teaching method and I really appreciate the heart that you teach with. I have been a subscriber to your lessons for the past 6 months and I have learned a great deal. Over that period of time I have had some questions and you have never failed to respond. Thanks! I have already recommended your lessons to a number of players in… END_OF_DOCUMENT_TOKEN_TO_BE_REPLACED

Just a brief note to compliment you on your teaching skills and in particular for the honesty of your lessons.  I am a returning alto sax player in my 50’s and I was looking for a no nonsense, straight to the point kind of guidance. I had intended to email you with a few questions regarding the use of the bis key but then I noticed that there was a lesson on that specific topic and after viewing it,  all my questions were answered. I once took a group lesson with a well known professional sax … END_OF_DOCUMENT_TOKEN_TO_BE_REPLACED