Today, I am reviewing a hard rubber tenor saxophone mouthpiece from Benjamin Allen.  It is called the 10E model and if that sounds familiar it is because I reviewed a 10E years ago that was crafted by Paul “Doc” Tenney. Ben actually sent me three 10E mouthpieces to try and review.  One is the 10E model which I am reviewing today and one is a brighter version of that model that I will review after this.  The other 10E he sent was an absolute monster of a mouthpiece at a .135 tip opening.   I hope to review that in a few days after I take an adrenaline shot straight to my heart to pump me up  and maybe some steroids for recording the audio clip! (Actually, it was much easier to play than I had imagined……more on that later…….) 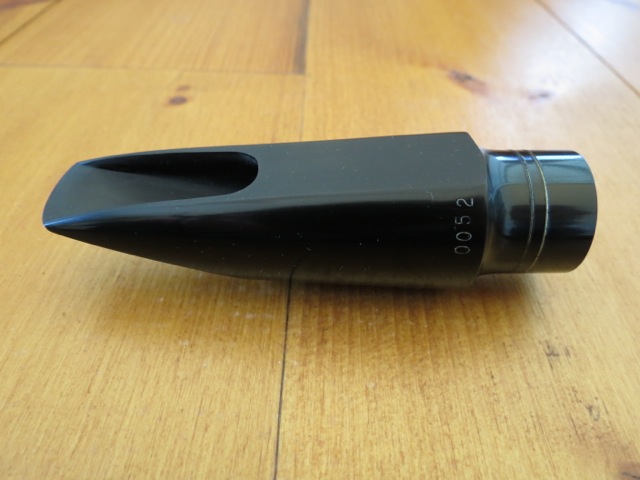 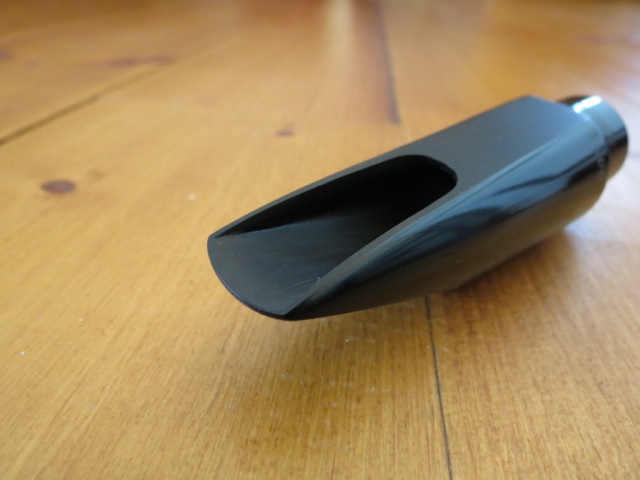 OK,  on to reviewing the sound and playability of the 10E.  The 10E is one of those mouthpiece that can slip by you if you are not careful.  The first two times I played the 10E, were after I had played the Benjamin Allen Dagradi model and the brighter Allen 10E I had received.   Those mouthpieces have higher rollover baffles which speed up the air and get you a louder and brighter sound with not much effort at all.   When I went from those to the standard 10E I initially felt like it was harder to play.  It sounded too dark and didn’t have much power compared to the Dagradi and brighter 10E I thought………….but, I decided to give it a fair shot so I slept on it and the next day I decided to dedicate the whole day to the 10E.  I started with reed selection and went through a bunch of Rigotti Gold and Rico Select reeds.  They all actually played really well on the 10E and I found it incredibly reed friendly but I was looking for that perfect strength for me.  I finally found a Rigotti Gold 3 Strong reed that was perfect (on the sample clip I say it is a medium strength but when I took it off the mouthpiece after recording the clip I saw that it was a strong)

I stayed on that reed and went up to an unfinished room above my garage.  This room has a nice reverb effect and I like to play in there now as the garage is too cold in the winter. As I warmed up, I  found that I really enjoyed the darker sound of the 10E and was quite inspired by it.  I do lots of recordings but I felt really inspired on this one as I felt like the mouthpiece turned me in a more creative direction.

The sound is warm and darker sounding, almost has a classical sound to it.  Even up high the sound never got too bright or edgy at all.  It was still warm, dark and round to my ears.   It was smooth as butter with the runs and fast lines.   The intonation was perfect and the tone seemed even and solid throughout the range of the saxophone.  The one thing I noticed and loved was the tone was very rich and thick sounding.  The altissimo was exceptionally easy for a lower baffle mouthpiece.

The one element that I felt wasn’t optimal was the volume of the mouthpiece.   When I went into that funk or extreme rock solo sax sound I felt like the 10E couldn’t be pushed to that extreme.   Don’t get me wrong, it got plenty loud and filled the room but it is a darker and a warmer kind of loud. The tone is amazingly beautiful and I totally dug it but when you are in a loud club it’s in the spectrum of sound that get’s swallowed up in the mix in my opinion.  That being said, I don’t think this mouthpiece was made for that.  It’s made for those players who love to just play and indulge in their own sound and then go out and play jazz for people who love to indulge in that sound also.  I found myself really digging the sound up in my 2nd floor room and that is what inspired and excited me.  The clip is about 4 minutes long which is long for my clips but I actually recorded for about 10 minutes.  I had to cut 6 minutes out of it!………..That says a lot about a mouthpiece in my mind. (I ws having fun playing it!) 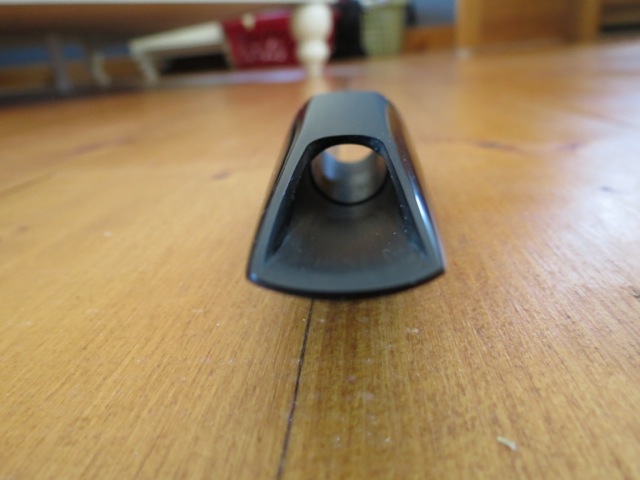 The Benjamin Allen 10E Tenor Saxophone Mouthpiece was great to play. If you like the sound of the clip below and the mouthpiece catches your interest then please contact Ben and give it a try. You can contact Benjamin Allen at his website at Allenmouthpieces.com  Tell him Steve sent you………….Great work Ben!!

*Bonus question: Can anyone name the classical piece I quote somewhere in this clip?  I’m curious if anyone recognizes it.  I wasn’t planning on playing it but it just came out from my past I guess………….

I like so many other subscribers feel so encouraged by Steve’s learning techniques; you will enjoy reading the comments of praise others have left as you too will feel that you share a common view and path. I feel very lucky to have come across Neffmusic and that feeling will remain with you as you search through a treasure trove of learning materials on offer, you will quickly find the lessons that you are suited to. You will instantly recognize the unparalleled quality of Steve’s teaching … END_OF_DOCUMENT_TOKEN_TO_BE_REPLACED

Just a brief note to compliment you on your teaching skills and in particular for the honesty of your lessons.  I am a returning alto sax player in my 50’s and I was looking for a no nonsense, straight to the point kind of guidance. I had intended to email you with a few questions regarding the use of the bis key but then I noticed that there was a lesson on that specific topic and after viewing it,  all my questions were answered. I once took a group lesson with a well known professional sax … END_OF_DOCUMENT_TOKEN_TO_BE_REPLACED