About a month ago, I was on Facebook just browsing through peoples posts when I came upon some beautiful pictures of some mouthpieces I had never seen before.  These were posted by Liu Shizhao who lives in Beijing, China and who makes mouthpieces.   Judging from the pictures I saw, these were masterfully made mouthpieces!  I contacted Mr. Shizhao and asked if I could review some of his pieces on Neffmusic.com and he graciously agreed. 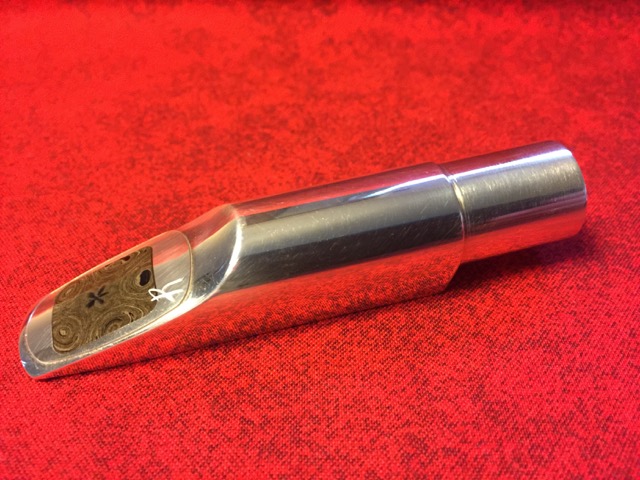 A few weeks later, I received a package in the mail from China.  I was very excited!  These mouthpieces looked beautiful and I was really hoping they played as good as they looked.  I opened up the package and inside were a carefully packed silver tenor mouthpiece and alto mouthpiece.  Today, I am reviewing the alto mouthpiece that you are seeing pictures of.  Mr. Shizhao calls this mouthpiece his Studio prototype mouthpiece which I assumes refers to a design similar to a Guardala Studio alto saxophone mouthpiece. 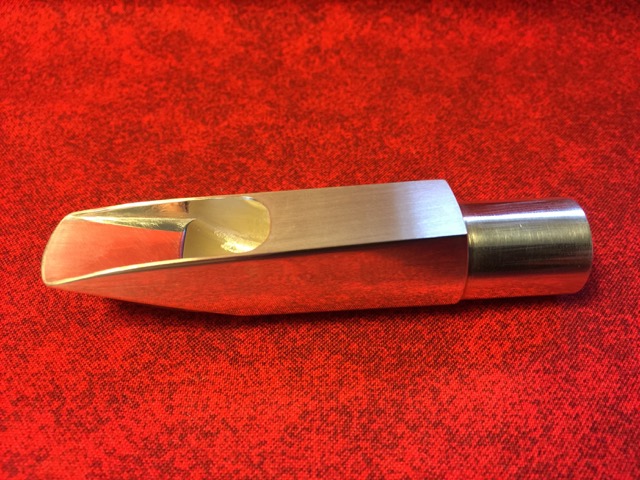 The Shizhao Studio Alto Saxophone mouthpiece looked great upon inspection. The mouthpiece has a cool brown and tan design on the bite plate as you can see in the first picture above.  The craftmanship looks superb.  The rails are thin and even and the tip rail looks to match the shape of my Rigotti Gold reeds.  The table looks to be exactly the width of the reed so the edges of the reed are even with the outside of the thin side rails.

It looks to have a step baffle like the Guardala tenor mouthpieces I have seen. I have never played or seen an alto Guardala so I am very curious to try this mouthpiece.  Everything looks very even and smooth in regards to the baffle and it’s shape. Unlike the Shizhao MB tenor mouthpiece that I reviewed last week with the smooth rollover baffle, the baffle on the Studio alto mouthpiece has an edge on the end of the baffle before it descends into the chamber.  As I hold the mouthpiece up to the light, the baffle, tip and rails all look perfect to my eye! 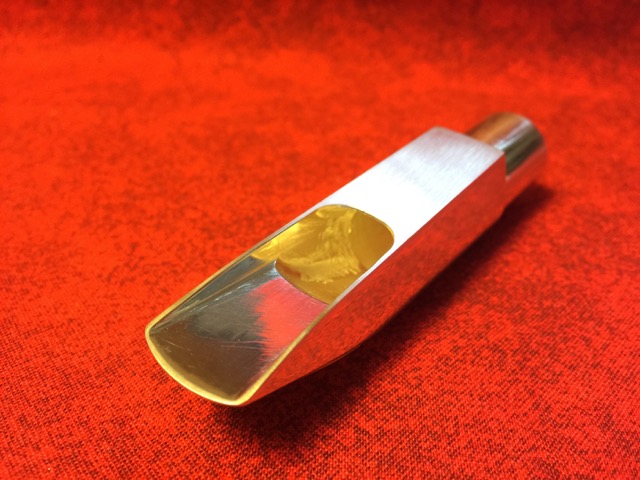 The sidewalls of the Shizhao Studio alto mouthpiece are scooped out slightly and the chamber looks large to my eye.   This alto studio mouthpiece has a .085 tip opening with a 20mm length facing curve.  Although the tip opening is larger than I usually like (I don’t usually go over .080) I didn’t notice the wider tip on this mouthpiece.  It actually felt quite comfortable to play and didn’t seem like a .085 to me at all.  I felt at home on this mouthpiece almost immediately.  Although I don’t usually like brighter alto mouthpiece I found myself really liking the sound and playability of this piece.

I used a Rigotti Gold 2 1/2 Strong reed on it because it was the first one I tried and it worked perfectly for me.

The Shizhao Studio Alto Mouthpiece had the perfect blend of resistance and power for my tastes.  The high baffle gives it plenty of power and brightness when needed and the tone could be shaped very easily. I found it very easy to be expressive and soulful on this mouthpiece.  The tone was very even throughout the range of the horn. I also found the tone to be very concentrated and focused.  It had a big sound but the tone also sounded compact to me. It sounded to me like it had this huge big sound that was then compacted into this super focused, concentrated, powerful tone if that makes sense.

This is a brighter mouthpiece,  there is no denying that, but you can hear on the clip that if you lay back a bit it can sound very nice while playing jazz lines.  It does have that brighter sound and vibe but I feel like Liu did a great job in that the tone of this mouthpiece is not overly edgy or obnoxious like some other high baffle mouthpieces I have tried. It’s got volume and power to spare but the sound and tone can still be controlled and molded to the desire of the player to a certain extent.  You can’t play classical music on this piece or get a dark alto tone out of it but if you tend to like the sound of bright alto players that wail this might be a great choice for you. 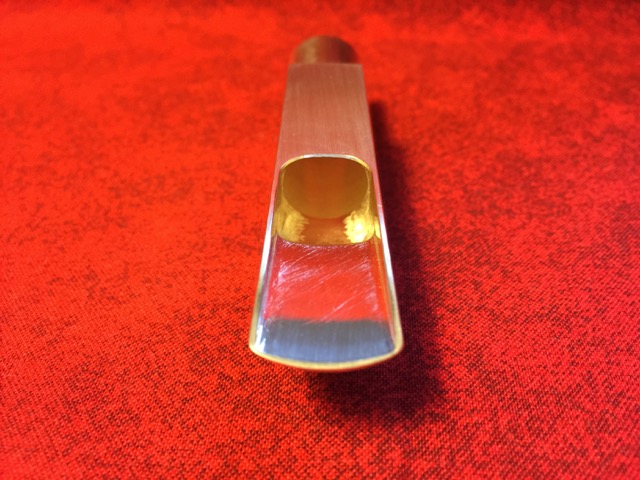 For many years, China has had a bad reputation for producing inferior products related to the saxophone but I’m seeing more and more saxophone related gear from China that is quite good!  The Shizhao Studio prototype is one of the best high baffle alto mouthpieces I have played. I am told that these alto mouthpieces sell for 425.00 USD which I think is a great deal.  To order one you can contact Liu Shizhao by email at saxproshop@gmail.com.  If this alto mouthpiece is the first  of many mouthpiece to be made by Mr. Shizhao I am excited to see what other mouthpieces he produces in the future!  Great Job!

You can follow the discussion on The Sax Mouthpiece Doesn’t Matter! Really?? without having to leave a comment. Cool, huh? Just enter your email address in the form here below and you’re all set.