Here is the description and features from the Okutsu website: 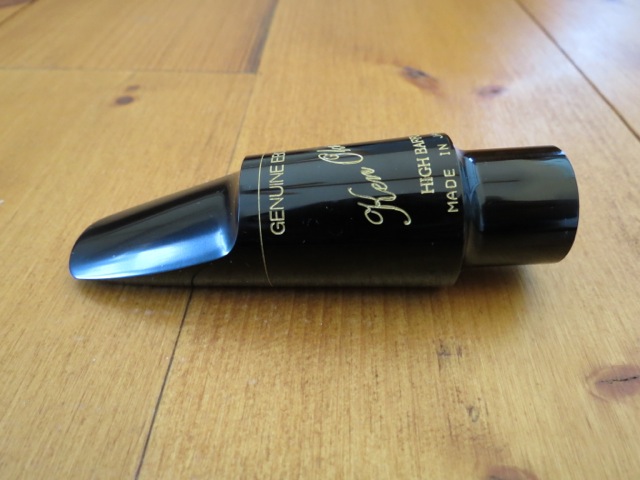 The mouthpieces look good to my eye.  The hard rubber is shiny and without any imperfections.  The gold engraving is neat and clean.  The rails, tip rail, table and baffle look very well crafted and even. 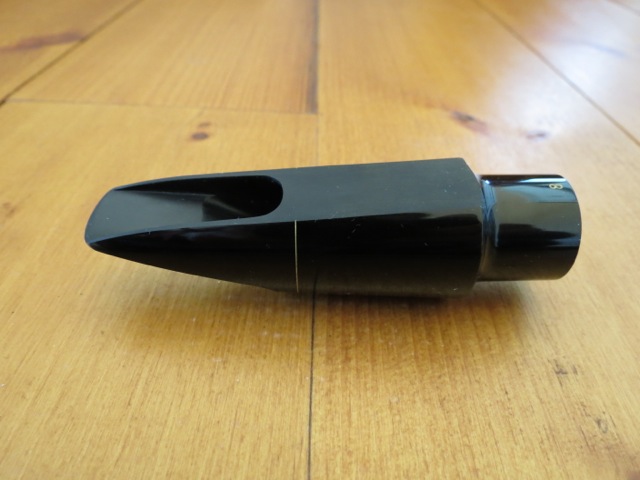 The High Baffle model was very reed friendly to me.  I had no trouble trying different reeds on it and all the reeds passed the suction test when first put on and then later after playing awhile.  The Okutsu mouthpieces have a concave table which many player’s and mouthpiece manufactures have preferred over the years.  In recent years,  it seems like I am getting a lot of mouthpiece with flat tables instead of concave.  Now that I’m writing this review, I am curious  as to what the differences are  between the two table in regard to playability, response and sound……….In the Okutsu bullet points above, the Concave table is listed as making the tone full and rich and increasing the life of reeds………….Interesting! 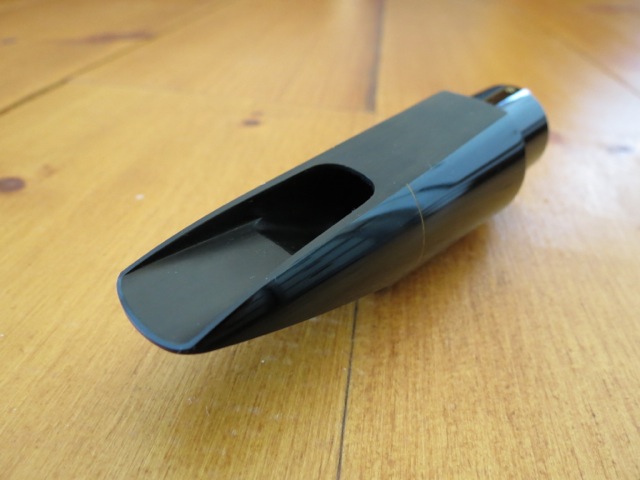 How did the Ken Okutsu High Baffle tenor mouthpiece play?  Well, it was very reed friendly but I felt most comfortable with a Rigotti Gold 2 1/2 Medium reed (I forgot to say the reed number in the sound clip…..sorry).  I also used a Vandoren Optimum ligature with the length long rails plate on it.

As you would expect, the Okutsu High Baffle model leaned to the bright side of the saxophone tone spectrum.  I didn’t feel like it was overly bright but the tone was nice and crisp with a nice edge to it.  The altissimo was super easy to get and the range of the sax was smooth and even sounding when playing fast.  I played this mouthpiece up in a big unfinished room above my garage.  The room is big and empty so the sound bounces around the room with a natural reverb.  The Okutsu mouthpiece sounded huge in that room.

The tone has a strong core and center to the sound.  In the opening statement of the sound clip you can hear how the tone has a brightness to it then at the :29 mark I blow with a little more power and it gets a bit brighter and edgier.

I haven’t had an opportunity to play this mouthpiece on a loud pop gig but this is a mouthpiece I would like to try in that setting.  The brightness and power is appropriate for that kind of music but I don’t feel that it is so bright that you would sound out of place on a standard with it.  This is the type of mouthpiece and sound that would sound killer with a bit of reverb  on a gig.

I would place this mouthpiece as being in a similar category sound-wise as a Lamberson DD. RPC 115B, or a Ponzol M2.  I think the Ponzol would be a bit brighter than this mouthpiece though.  Although the tone reminds me of the Lamberson DD or RPC 115B I feel like it is much easier to play for me. Maybe because of the .110 tip opening.

Sorry for the Pink Panther quote in the sound clip……….I taught a young student on Skype the song shortly before this clip so it was lingering in my mind………… 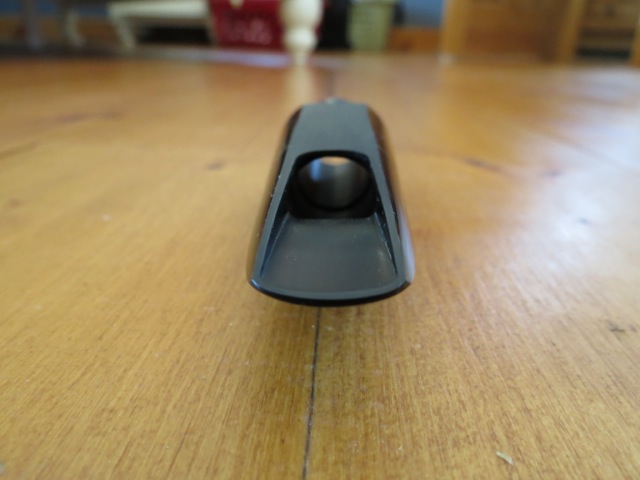 The Ken Okutsu High Baffle Tenor Saxophone Mouthpiece was great to play. To be honest, I think it has been one of my favorite high baffle mouthpiece to play.  I’ve played other high baffle mouthpiece that sound killer on a pop gig but then when I play them in my studio they are so loud and obnoxious I can’t stand practicing with them.  This  Okutsu mouthpiece is a good choice for that bright sound and power but with more flexibility to  darken and shape the sound in my opinion.

If you like the sound of the clip below and the mouthpiece catches your interest then please contact Ken Okutsu and give it a try. You can contact Mr. Okutsu at his website at Okutsumouthpieces.com. Tell him Steve sent you………….Great work Mr. Okutsu!!

I bought Steve’s dominant bebop book and took a couple of online lesson from him. I really appreciated Steve’s careful listening of what I wanted to get done in a lesson and his clear, concise ideas on next steps to improve my playing and musical interpretation.  His mastering  the Dominant Bebop Scale has lots of exercises to use a scale that addresses the largest percentage of chords I come across in pop/blues music. The dominant V7.  Needless say it has improved my playing.  I teach and a… END_OF_DOCUMENT_TOKEN_TO_BE_REPLACED

It is so refreshing to have a great player, who can provide lessons and examples in a manner which is understandable to most any enthusiastic saxophonist who is ready to improve. not just the, do this, do that, memorize this, memorize that… while all that is absolutely necessary, you go on to give reasons and examples to explain and validate why you have to do all of these things, the benefits, if you will… that is the key for me, you tell, explain, demonstrate, explain some more, you give perso… END_OF_DOCUMENT_TOKEN_TO_BE_REPLACED

Mr. Neff,  I want to thank you for sharing your God-given talents through your on-line lessons.  My husband, Michael, is blind, but he is a great sax player and he has been enjoying your lessons for quite some time now.  It’s not unusual for me to hear “Hey, babe, listen to THIS!” – and he will cut loose on his sax, just thrilled at what he learned during his session with you.  His excitement warms my heart!  You have no idea how much you have poured into my husband.  You have opened musical … END_OF_DOCUMENT_TOKEN_TO_BE_REPLACED

I want to say something about Steve Neff’s series of lessons, Beginner Jazz Improvisation. For a couple of years I tried many beginner lessons and my problem was that there was a gap between lessons that were fairly simple and ones that I was not quite ready for and my progress stalled out. That problem was solved with the series Beginner Jazz Improvisation. He guides you step by step along the way and builds a foundation for learning jazz and blues. He leaves no question about what to practice … END_OF_DOCUMENT_TOKEN_TO_BE_REPLACED

I’ve been a member of Steve’s site for about six months now and the difference it has made to my playing is immeasurable. The (many) benefits of this membership are that you can have lessons at time convenient to you, they work out A LOT cheaper than face-to-face lessons with a teacher of the same calibre and you can replay them ad infinitum. I don’t know how many times have I had lessons in the past where I’ve ended up covering the same concepts when really a ‘replay’ of the last lesson would h… END_OF_DOCUMENT_TOKEN_TO_BE_REPLACED