Today, I am reviewing a new alto saxophone mouthpiece that is made by Alex Miyatake in Japan.   I have reviewed one of the Marmaduke tenor mouthpieces in the past.   These alto mouthpieces are brand new  and I am excited to try them out.   I am trying two alto mouthpieces today.  One has a .072 tip opening (5) and the other has a .078 tip opening (6).  They both have a 20mm long facing curve and a medium large chamber.   The chamber looks very close to the size of a medium Meyer size chamber. 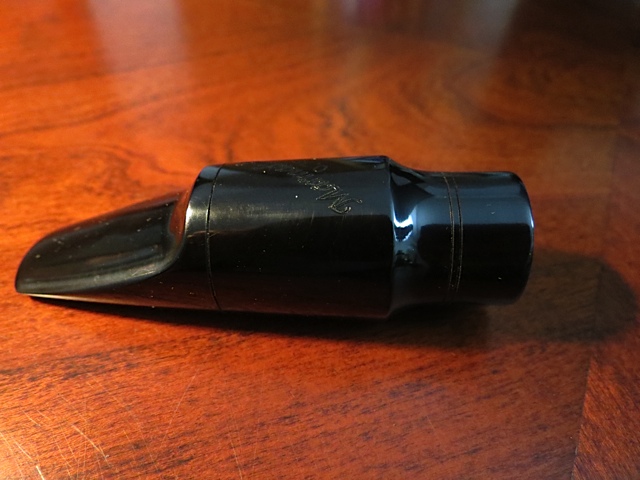 These Marmaduke alto saxophone mouthpieces look great.  The tip and rails are thin and even.  The tip matches the shape of my reeds perfectly.  I used a Ishimori Woodstone 3 reed on these clips and both mouthpieces played great with that reed. The mouthpieces have a slight rollover baffle.  The chamber is about the size of a medium Meyer chamber. 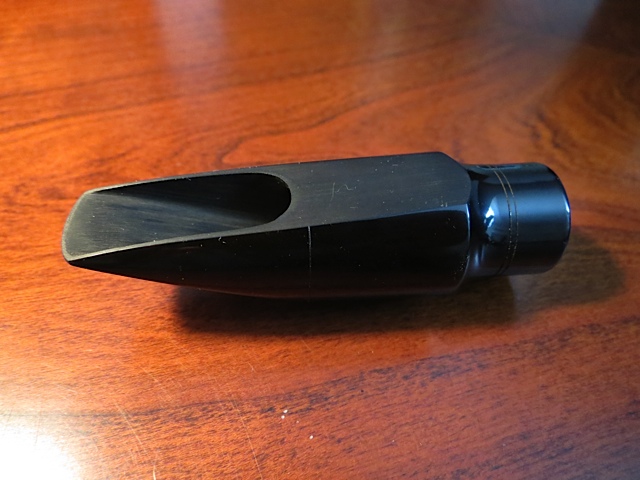 I played the .072 tip mouthpiece first.  This was the 5.  It had a nice crisp brightness to the sound.  Even though the notes were bright and tone was thick and fat in my opinion.  It reminded me of that vintage “Meyer” type brightness and power.  A nice compact powerful tone.

The 6 (.078 tip opening)  had  a slightly darker sound to it for me.  The two clips below are a good example of how increasing the tip size by just .006 can change the sound.  Many times moving to a larger tip can make the sound a bit darker and more open sounding.  The tone sounded a bit rounder and sweeter to me than the 5 tip opening.  The 5 seemed a bit brighter and more aggressive to my ears. 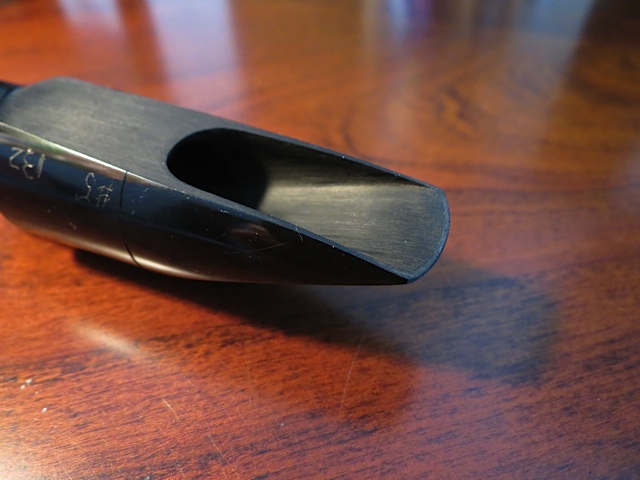 If your interested in trying one of these mouthpieces yourself, visit Marmaduke Mouthpieces.

Thank you for all the educational information you provide.  I am a classically trained musician.  Professionally, I am a 4th and 5th grade band teacher.  I have played piano and sax for many years, but now I am starting to gig out more. I have always improvised by ear in the past. I have gotten by with my strong sense of pitch, rhythm and melodic contour. However, I want to go deeper. I want to play with a greater variety of melodic and rhythmic ideas to pull from.  I have studied to gain a … END_OF_DOCUMENT_TOKEN_TO_BE_REPLACED

I can see from your instructional videos that you are a fantastic teacher – one that can truly relate to all ages – humble yet very positive in approach – never coming across as superior and yet so totally capable of demonstrating the principles and techniques that you seek to impart to the students. I have gained so much confidence in my playing from “pouring over” time and again these invaluable lessons. Invaluable not only in musical content, but also in human interaction content. I am absolu… END_OF_DOCUMENT_TOKEN_TO_BE_REPLACED

Thank you so much for the great job you are doing to help further our jazz studies. Though I make my living as a repairer of musical instruments I am a student of jazz and have been fortunate enough to be involved with a big band and a combo for the last several years. As my children began to leave “the nest” I had decided to dedicate the next half of my life to a more serious study of the sax but I didn’t know exactly how I would go about doing this until a friend of mine turned me onto your si… END_OF_DOCUMENT_TOKEN_TO_BE_REPLACED