Today, I am reviewing a new MacSax tenor saxophone mouthpiece that is made by Eric Falcon.  I have reviewed a number of other mouthpieces in the past that were made or refaced by Eric Falcon including the LA tenor mouthpiece which I loved.  This mouthpiece is named the FJIII.  I have no idea why it is named that but would be interested in hearing what it stands for. 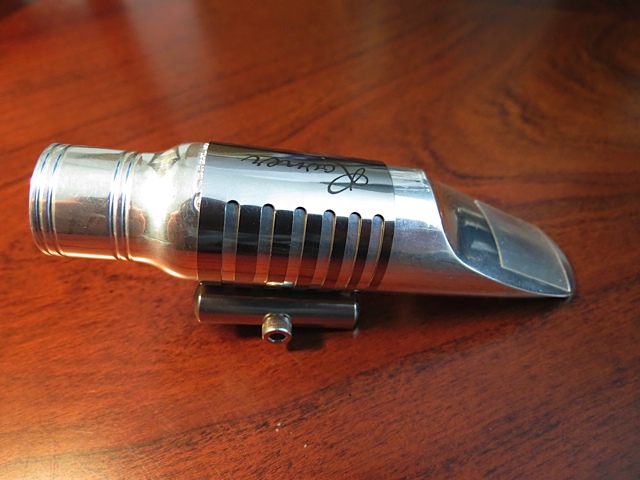 If you look at the pictures here of the FJIII and compare them to the pictures of my Warburton LA tenor mouthpiece review (also made by Eric Falcon), you can see some similarities between the two mouthpiece designs.  Both have a similar body and long elongated window.  The baffles seem to be a similar length but if you look closely you can see that there are some differences.  The baffle in the FJIII is lower than the LA mouthpiece.  It also has a straight edge at the end of the baffle where the LA model has a little trench or pit.

Although, I loved the LA models volume and fatness, in the end I thought it was a bit too bright for what I’m looking for in a tenor mouthpiece.   I was very interested in trying the FJIII because it has the lower baffle which I knew would give it a darker sound. 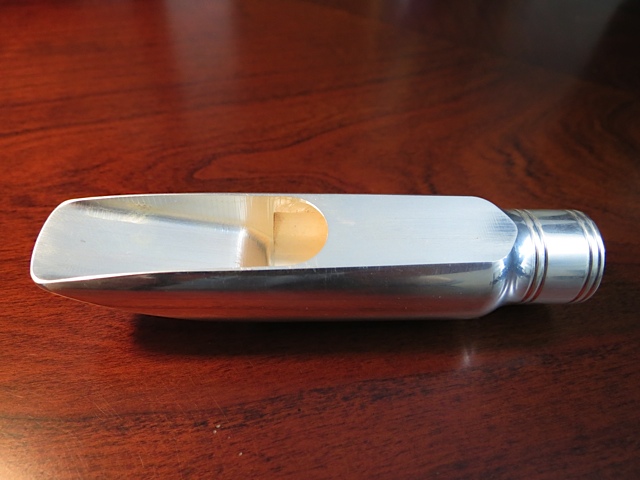 Boy was I right,  the MacSax FJIII is a much darker mouthpiece than the Warburton LA model.  Besides how incredibly free blowing it is,  I didn’t find much in common with it and the LA.  I don’t know what Eric does with these mouthpiece to get them to blow so easily but they are incredibly freeblowing. Personally, I  like a bit of resistance when I play the sax so playing this mouthpiece was a bit of an adjustment for me.  It is an 8 (.110) tip opening.  Usually when I play .110 tips,  a 2 1/2 reed works great.  The first 2 1/2 I put on blew like a wet noodle.   There was nothing to it.  I tried a few other 2 1/2’s and experienced the same thing.  When I moved up to a 3 I expected it to be too hard but even the 3’s were too free blowing for me.  What I really wanted was a 3 1/2 but I didn’t have any so I had to make due with the Rigotti 3 that I played on this clip.  It was slightly harder than the others in the box and I thought it was a good match for this mouthpiece.

The tone of this mouthpiece is very dark in my opinion.  It does have a bit of kick and guts to it when you really blow but the overall tone is thick, rich and dark.  The response and intonation were good.  The volume was ok for me.  I couldn’t get as much as I would like but it was certainly enough to play a smokin’ jazz gig with.  The lack of brightness in the tone would make it hard to play a loud R&B or rock gig on this piece in my opinion.

The free blowing aspect of the mouthpiece was the hardest thing for me to wrestle with.  I feel like a certain bit of resistance lets me push against the sound and mold it easier.  In that way, I can be more expressive.  I did gain some resistance with the harder Rigotti 3 reed but still wasn’t feeling the resistance that I normally like when I play.  I would think that over time, I could get used to the way the mouthpiece blew and be able to adjust to it. 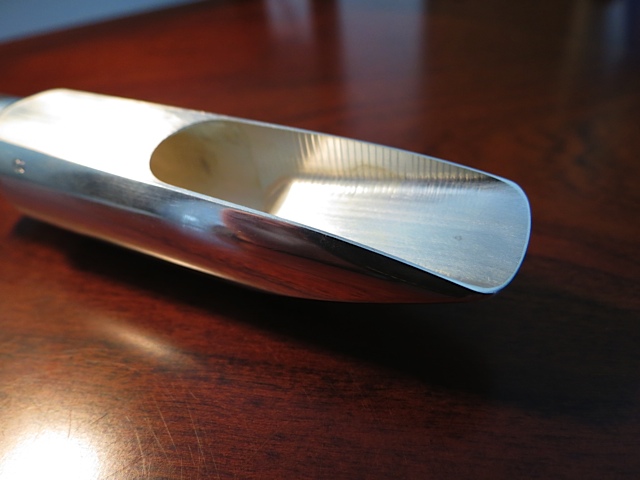 The mouthpiece comes with a neat looking Rovner Platinum ligature that looks cool and hip.  I’m not a big fan of ligatures that clamp on the outside edges of the reed.  This is what the Rovner did.  To me, it made the tone more hollow sounding.  When I put on the Rovner Eddie Daniels ligature the tone was much more centered and focused sounding for me.   This is just my opinion so you guys that think ligatures don’t matter can do what you want with this opinion.

Overall,  I believe this is a very good mouthpiece if you like free blowing and dark.  This would be an especially good choice for any of you who have tried the Warburton LA model but found it too bright for your tastes.  This has the same free blowing feel of the LA mouthpiece but is quite a bit darker and lusher sounding.  If your interested in trying one of these mouthpieces yourself, visit MacSax.com.  and talk to Eric Falcon yourself.  Thanks so much to Eric and MacSax for sending me this FJIII tenor mouthpiece to review. 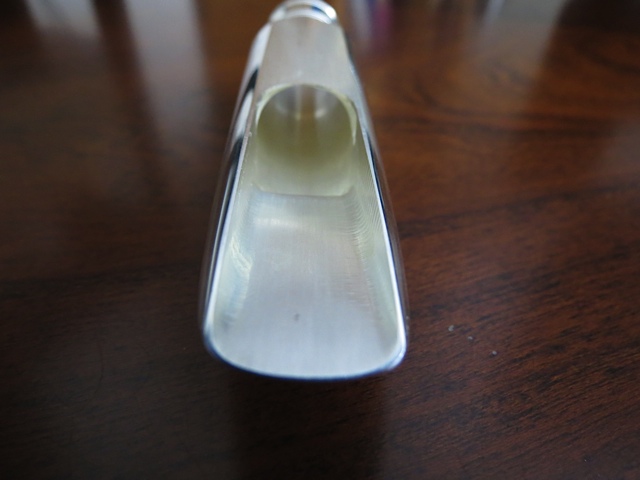 I just started looking at my lessons and I have to say, dude you are awesome.  I ABSOLUTELY will learn from you!  I started the tenor about 1 ½ yrs ago and have since picked up an alto, and more recently a soprano.  I spend most of the time on the tenor, followed by soprano, and have only gotten to the alto a few times.  I think I’ll be sticking with tenor.  I’m having a great time and hope one day to play well enough to get regular gigs.  I’ve been playing keys for about 35 years (… END_OF_DOCUMENT_TOKEN_TO_BE_REPLACED

I bought Steve’s dominant bebop book and took a couple of online lesson from him. I really appreciated Steve’s careful listening of what I wanted to get done in a lesson and his clear, concise ideas on next steps to improve my playing and musical interpretation.  His mastering  the Dominant Bebop Scale has lots of exercises to use a scale that addresses the largest percentage of chords I come across in pop/blues music. The dominant V7.  Needless say it has improved my playing.  I teach and a… END_OF_DOCUMENT_TOKEN_TO_BE_REPLACED

Hey Steve! I hope you and your family are well.  I’m just writing to say thank you so much for all the resources you have made available to the saxophone community. I have been using your material for many years and I always come back to it… in fact I just took a break from practicing to write this…( reviewing “CreatingModern II-V-I Lines with simple pentatonics”.) I am, and continue to be, one of your raving fans! Blessings to you and your family this holiday season! Wishing… END_OF_DOCUMENT_TOKEN_TO_BE_REPLACED

Thank you for all the educational information you provide.  I am a classically trained musician.  Professionally, I am a 4th and 5th grade band teacher.  I have played piano and sax for many years, but now I am starting to gig out more. I have always improvised by ear in the past. I have gotten by with my strong sense of pitch, rhythm and melodic contour. However, I want to go deeper. I want to play with a greater variety of melodic and rhythmic ideas to pull from.  I have studied to gain a … END_OF_DOCUMENT_TOKEN_TO_BE_REPLACED