Today, I m reviewing a Ted Klum Focustone Standard Model.  It has a .108 tip opening.  I am lucky that I could borrow this from a friend on SOTW (Sax on the Web).  This is one of his favorite mouthpieces but he let me have it for a few weeks so I could do a review of it.

Ted Klum’s mouthpieces always look amazing.  On first glance, this Focustone looks a lot like an Otto Link.  It’s got the rings around the shank and although it doesn’t have a ridge on top, it has an outline of the Otto Link ridge that looks a lot like it on first glance.  The table, rail, tip and baffle look beautiful.  This one has a little bit of wear because it is being lovingly played but still looks great. It has a high rollover baffle that slopes down into a large chamber.  The height of the baffle is similar to a baffle you would see in a Florida Link or Early Babbitt metal Link.  The baffle has a scooped shape that you can see clearly in the fourth picture I’ve posted below.  The craftsmanship is perfect.  No ridges or unevenness can be seen anywhere inside the mouthpiece.

The Ted Klum Focustone came with a Brancher metal ligature which I used for these sound clips.  I tried two different reeds on it and am curious about what you the reader thinks of them.  The first is a Rigotti Gold 2 1/2 medium reed.  The second is a Rico Jazz Select 2 hard.  These reeds felt very similar to me when I blew on them but the tone was different for each.  The Rigotti sounded brighter and more buzzy to me.  The palm keys were a bit edgier than the Rico Jazz Select.  The Rico was warmer sounding to my ear. 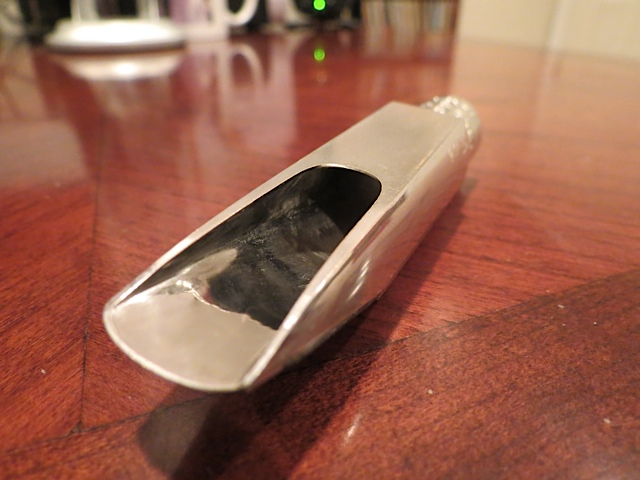 I think I preferred The Rico Jazz Select on this mouthpiece.  It seemed to have a fuller, fatter sound to me.  Just listen to the beginning of each clip and I think you will agree with me that the Rico reed has a fuller fatter sound than the Rigotti…….

The intonation was very good and the tone was very even throughout the range of the horn.  I could get some nice power and energy out of it on the Rico reeds.  The Rigotti reeds seemed to get edgier and thinner to me when I pushed the volume. 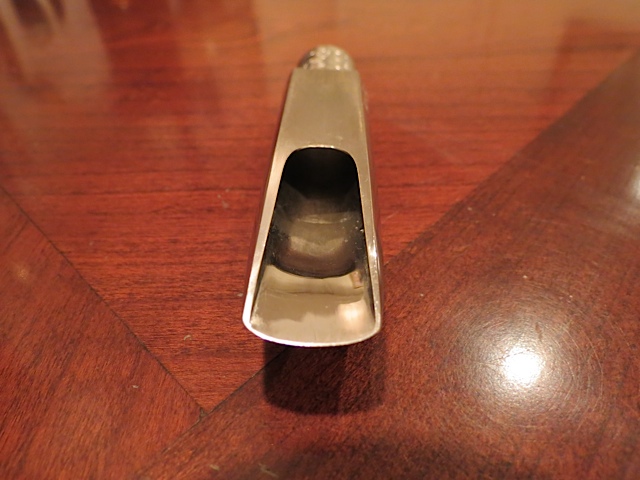 I just did a review of a Navarro Bebop Special tenor mouthpiece on which I played a Rigotti Gold 3 Strong reed. That mouthpiece was also a 7** but the 3 Strong reed felt way too hard and stuffy on this Klum mouthpiece. This proves to me how much difference the facing curve can make.  It’s not all about the tip opening………the rate of the facing curve can also make a huge difference in how a reed responds and plays!  One facing curve isn’t necessarily better than another but they require different size reeds to play……. 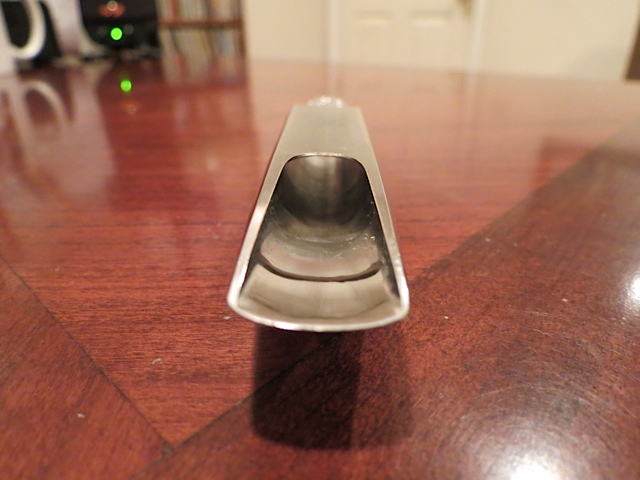 The Ted Klum Focustone Standard Model was fun to play. If you like the sound of the clip below and the mouthpiece catches your interest then give it a try. You can contact Ted on his website at http://www.tedklummouthpieces.com/. Tell him Steve sent you………….

Let me know what you think in the comments below.  Also, let me know if you can hear any difference in the reeds…………Thanks, Steve

Thank you so much for the great job you are doing to help further our jazz studies. Though I make my living as a repairer of musical instruments I am a student of jazz and have been fortunate enough to be involved with a big band and a combo for the last several years. As my children began to leave “the nest” I had decided to dedicate the next half of my life to a more serious study of the sax but I didn’t know exactly how I would go about doing this until a friend of mine turned me onto your si… END_OF_DOCUMENT_TOKEN_TO_BE_REPLACED

Your major diatonic patterns book is great. I”m studying the first twenty patterns (first twenty pages) each day with different articulation each day and slowly increasing the tempo each week or so.  There is a noticeable improvement in finger coordination across all keys and its amazing how much more secure I feel on the difficult keys when attempting to play pieces with 5+ flats/sharps. I’m able to sort out the fingerings for these pieces now much more quickly than before, often in one or two … END_OF_DOCUMENT_TOKEN_TO_BE_REPLACED

Hey Steve! I hope you and your family are well.  I’m just writing to say thank you so much for all the resources you have made available to the saxophone community. I have been using your material for many years and I always come back to it… in fact I just took a break from practicing to write this…( reviewing “CreatingModern II-V-I Lines with simple pentatonics”.) I am, and continue to be, one of your raving fans! Blessings to you and your family this holiday season! Wishing… END_OF_DOCUMENT_TOKEN_TO_BE_REPLACED

First, I’m really excited about your materials! This site is a vast resource for any aspiring (and maybe already inspired) jazz musicians. I’m not a sax player, I play mandolin and fiddle, but have been learning jazz and playing weekly with a quintet for the past 6 months and have been struggling with all of the issues you get into in your lessons. I bought several books and lessons and plan to continue with some others as soon as I organize my practice routine. Thanks again for a great site … END_OF_DOCUMENT_TOKEN_TO_BE_REPLACED

By the way, BIG COMPLIMENTS to you, Steve! Not only are you a great player, you are also a great teacher! I, too, am a woodwinds player/teacher. I have new inspiration to play and teach because of you. The concepts and “thinking” is similar to what I already learned in College, but hearing you explain and PLAY the concepts REALLY MAKES THE DIFFERENCE! Also, your written patterns are more interesting than other books I have seen! Keep up the good work. I will be recommending your sit… END_OF_DOCUMENT_TOKEN_TO_BE_REPLACED