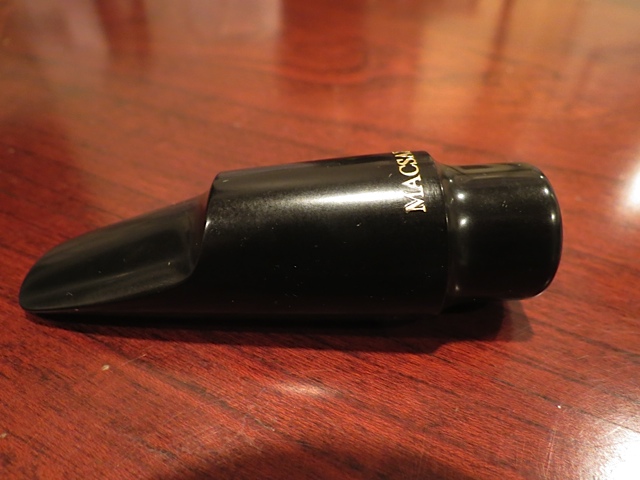 Here is what is said about the Bob Sheppard Alto Saxophone mouthpiece on the Macsax website:

The Bob Sheppard Signature alto mouthpiece is the result of a collaboration between Bob Sheppard and Eric Falcon of MACSAX ®.

Drawing inspiration from the classic New York Meyer Bros., this mouthpiece adds many custom features to meet Bob’s artistic demands. Made from pure hard rubber, the mouthpiece features a classic medium round chamber and an very gentle roll over baffle. The facing curve was designed to allow the player to have great control and flexibility even at the extreme ranges of dynamics.

The result is a mouthpiece with a thick, rich, and vibrant sound at any dynamic.

Available in these facings: 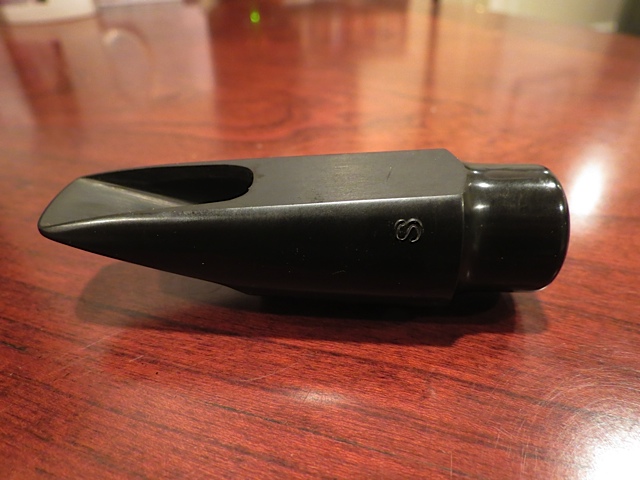 The Macsax Bob Sheppard model (I typed BS model at first but that just didn’t sound right………)  looks great.  The facing , tip and rails look perfect.  The baffle has a long and gentle slope  through the chamber to the bore of the mouthpiece.  The mouthpiece has that smell that genuine hard rubber has which is a good sign as I love how “real” hard rubber mouthpiece play usually. 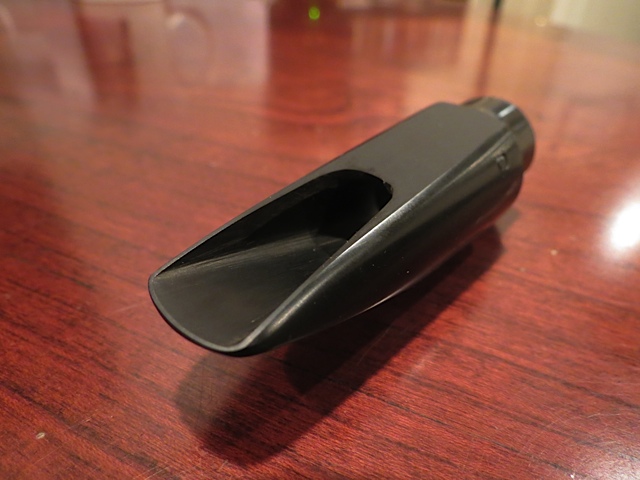 Now to the playing of the piece…………   I will say first off that all of Eric’s mouthpieces that I have played have been pretty freeblowing.  This mouthpiece is the same.   It is advertized as having a .078 tip opening.  Usually on that tip I will use a 2 1/2 or 3 reed.  Which one I use depends on the curve that is being used.  On this mouthpiece,  I tried a 2 1/2 and it was way too soft.  I then tried a 3 and that still felt too soft.   I then tried a 3 1/2 which are usually too hard on .078 tips for me and that felt just a little soft.  Needless to say, I could tell it is a very efficient facing curve.   If I had a 4 reed I would have tried one of those.  I ended up using the 3 light Rigotti Gold because I liked how that one responded for me. 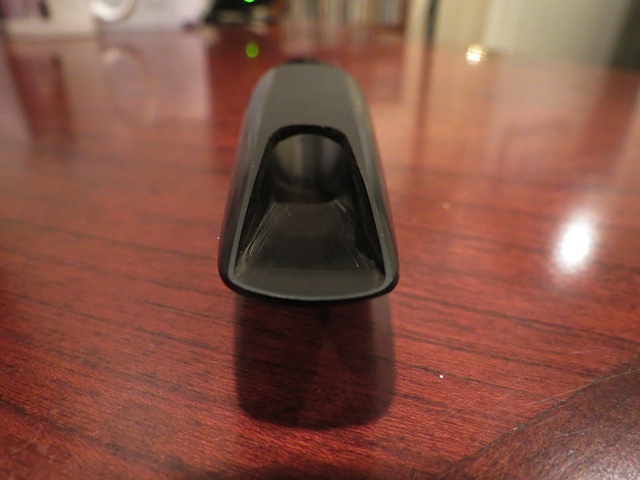 The mouthpiece played great for me.  After doing so many mouthpiece reviews, I feel like I’m repeating myself with all the praise but the truth is that there are a ton of great mouthpieces out there today.

The Bob Sheppard mouthpiece leaned towards the brighter side of things for me.  When I first started playing it the first thing that popped into my head was the tone of David Binney.   I have most of Dave Binney’s  recordings and when I was playing this mouthpiece the tone and character of the sound reminded me of his tone and sound.  The high register and a bright singing quality to it.  The low register was fat and thick sounding.  It has beautiful character to the sound.  Lots of projection and power with this mouthpiece.   The intonation was very good also.   I felt like I could be very expressive on the mouthpiece also.

If you like the sound clip and would like to give one of these a try, you can order one on the Macsax website.    There is also a Youtube clip there of Bob Sheppard himself sounding great playing this alto mouthpiece.   Congratulation to Eric Falcon, Macsax and Bob Sheppard for coming up with another great alto mouthpiece.

Thank you for all the educational information you provide.  I am a classically trained musician.  Professionally, I am a 4th and 5th grade band teacher.  I have played piano and sax for many years, but now I am starting to gig out more. I have always improvised by ear in the past. I have gotten by with my strong sense of pitch, rhythm and melodic contour. However, I want to go deeper. I want to play with a greater variety of melodic and rhythmic ideas to pull from.  I have studied to gain a … END_OF_DOCUMENT_TOKEN_TO_BE_REPLACED

Steve’s monthly lessons are entirely valuable. Without brow beating, he tells you all the stuff you deep down know you really should be working on, instead of just relying on the same old patterns. In spite of the fact that you’re taking a video lesson, Steve’s presentation is comfortable and “real”. In a little more than a year, he’s developed a library of lessons that seem to offer any player a lifetime’s worth of practice material. I’m just glad I stumbled upon it.… END_OF_DOCUMENT_TOKEN_TO_BE_REPLACED

I’m an experienced player in the pop/soul/funk areas of music and, previously, classical.  Over the decades I’ve been playing, I’ve always felt that I could do what I needed in those styles of music.  However, recently I began to feel limited by my use of the same old licks. When I discovered Steve Neff’s website, and heard the audio examples based on the exercises in his books, I realized they were what I needed.  I purchased all of them and have been working on them since.  It’s very hard work… END_OF_DOCUMENT_TOKEN_TO_BE_REPLACED

Just a brief note to compliment you on your teaching skills and in particular for the honesty of your lessons.  I am a returning alto sax player in my 50’s and I was looking for a no nonsense, straight to the point kind of guidance. I had intended to email you with a few questions regarding the use of the bis key but then I noticed that there was a lesson on that specific topic and after viewing it,  all my questions were answered. I once took a group lesson with a well known professional sax … END_OF_DOCUMENT_TOKEN_TO_BE_REPLACED

I like so many other subscribers feel so encouraged by Steve’s learning techniques; you will enjoy reading the comments of praise others have left as you too will feel that you share a common view and path. I feel very lucky to have come across Neffmusic and that feeling will remain with you as you search through a treasure trove of learning materials on offer, you will quickly find the lessons that you are suited to. You will instantly recognize the unparalleled quality of Steve’s teaching … END_OF_DOCUMENT_TOKEN_TO_BE_REPLACED