Today,  I am reviewing a garden hose. Ok, not really but I might as well be.  Every week, I get emails saying:

I received this email from a visitor to my site the other day.

“Steve,  I’ve listened to all of your mouthpiece reviews over the years and the truth is that you would sound good on a garden hose!  I don’t think it matters which mouthpiece you play, your sound is your sound.  That being said, which tenor mouthpiece would you say is the best of all the ones you’ve tried?” 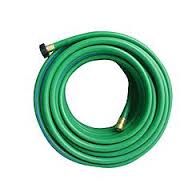 I can sound great on even a garden hose! Really?

After hearing these comments so much over the years and receiving this email, I had the thought to post this demonstration of me trying to play a mouthpiece that just will not work for me.  I will not reveal the brand so don’t bother asking.  As painful as this mouthpiece is to play, for the sake of this demonstration,  I have decided to bear with the pain for a couple of minutes for your sake. (Although you can hear my patience growing thin during the clip…….)

I am playing a brand new Rigotti Gold 2 1/2 Light reed on the mouthpiece that I chose as the best out of four.  I attempted to warm up for 10 minutes before recording but honestly, I couldn’t make it.  I think I played for about 3 minutes and then decided I needed to get this horror show over ASAP or I would stab my ears with the sharp end of a pencil!

For those of you that might think it sounds great and what’s the problem:

Discuss amonst yourselves in the comment section below.  Does the mouthpiece really not matter?  Because if I had to play this mouthpiece every day of my life I would be an accountant right now………..

Just a brief note to compliment you on your teaching skills and in particular for the honesty of your lessons.  I am a returning alto sax player in my 50’s and I was looking for a no nonsense, straight to the point kind of guidance. I had intended to email you with a few questions regarding the use of the bis key but then I noticed that there was a lesson on that specific topic and after viewing it,  all my questions were answered. I once took a group lesson with a well known professional sax … END_OF_DOCUMENT_TOKEN_TO_BE_REPLACED

I like so many other subscribers feel so encouraged by Steve’s learning techniques; you will enjoy reading the comments of praise others have left as you too will feel that you share a common view and path. I feel very lucky to have come across Neffmusic and that feeling will remain with you as you search through a treasure trove of learning materials on offer, you will quickly find the lessons that you are suited to. You will instantly recognize the unparalleled quality of Steve’s teaching … END_OF_DOCUMENT_TOKEN_TO_BE_REPLACED