Today, I am reviewing another hard rubber tenor saxophone mouthpiece from Benjamin Allen. It is another 10E model but this one is at a huge .135 tip opening. I have to admit that I have never played a .135 tip opening before.  I usually start complaining that a tip opening is too wide when I hit around .115 or so, so this is new territory for me……….. 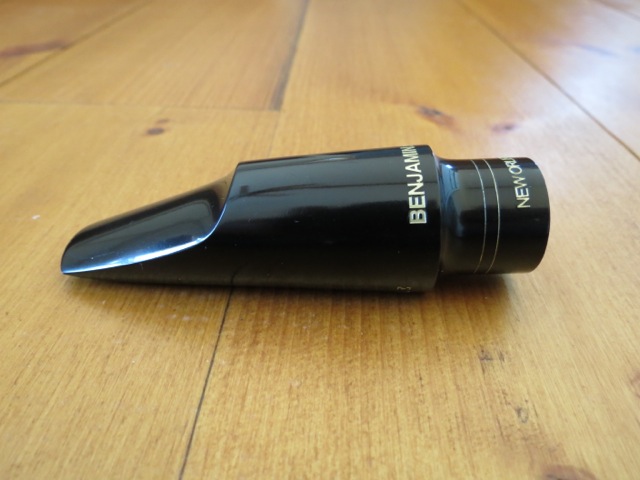 Ben actually sent me three 10E mouthpieces to try and review.  The 10E and the 10E+ models I have already reviewed.  I thought it would be good to review this .135 also as many people ask me about what effects the tip size of a mouthpiece has on the sound and playability of a mouthpiece. 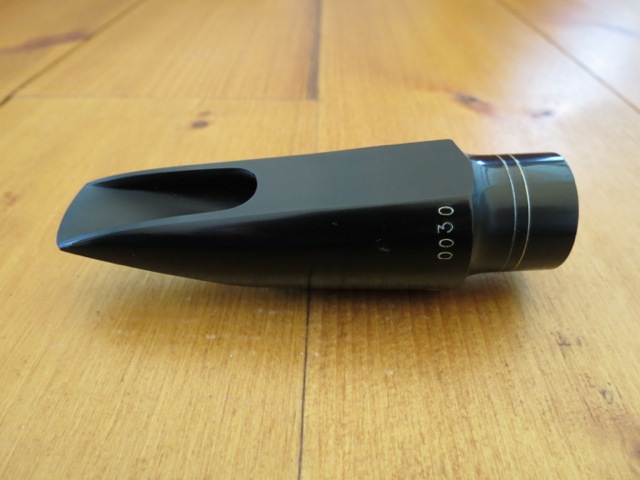 Ben told me that this .135 tip has a longer facing curve on it of 52.5.   I can tell it has a longer curve because where my embouchure sits on the mouthpiece is pretty close to the breaking point of a 48-50 length curve.  If I go further on the mouthpiece the sound starts to get crass and out of control.  On this .135 10E I could go further on the mouthpiece than usual.   The sound just got a lot louder because more of the reed was vibrating but I didn’t lose any control which seemed to imply to me that the curve was longer. 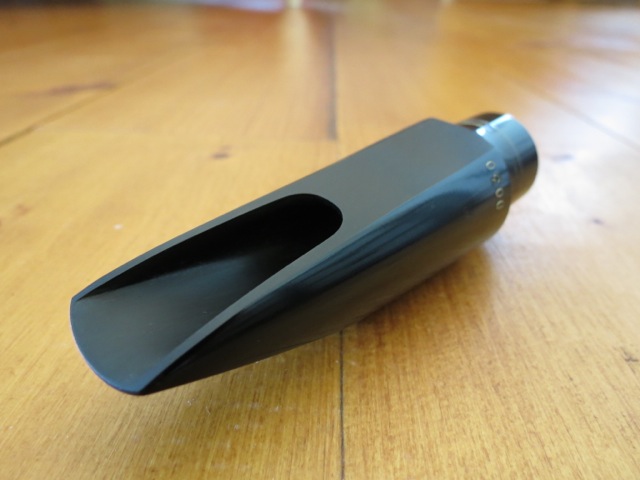 OK,  on to reviewing the sound and playability of the 10E .135.  I thought the 10E .135 would kill me honestly.  I just imagined trying to play it and my head exploding trying to put enough air through that huge tip opening.  The 10E .135 does take a different level of air and support to play with this big of a tip opening.    I noticed that the level of air that I use on a .105 tip for loud volumes usually  produces a 90% volume out of those mouthpieces.  What I mean by that,  is that I feel like I’m at the 90% level with that mouthpiece.   I can push it a little more and get between 90-100% but not much more than that.

With the 10E .135, when I played with that same air,  I felt like I was at a 60% volume.  It sounded just as loud as my .105 90% loudness but it felt like there was another 40% of volume I could get if I really pushed it.   That was the part I’m not used to!   It get’s crazy loud volume but pushing it with that much more air is something I’m not used to and I found it would tire me out pretty quickly.  The other thing I noticed is that when playing at softer levels the tone on my .105 would be rich and full but on the .135 it sounds like the tone has more air in it to me.

I believe these things can be overcome as you practice and get used to a wider tipped mouthpiece though.  Matter a fact, after playing on the .135 all day I went back to the .105 tip and it felt like a pea shooter to me…………

The tone on the 10E .135 was full and big sounding but I found it more spread and hollow sounding than the .105 tip openings.  Some of you might be confused by those terms so I’ll try to explain.   By spread,  I mean that the tone seems like a big wash or wave of sound.   To me,  it is like getting hit by a big wave at the ocean but with sound.   A tone with a compact sound is more like getting hit by a water hose on the setting for a focused stream of water.   The hollowness description I think is related because instead of hearing a compact core sound I hear that spread wash of sound.   Usually,  you can  hear this difference more acutely when playing against a wall.   When you play into a big open room most tones will sound spread because the sound is traveling and bouncing around the room before it hits your ears.   When you turn and play into a wall, the sound comes out of your bell , hits the wall and bounces right to your ears.   You get a more solid focused sound reflected back at you.

When I play a mouthpiece with a huge spread sound into a wall,  it gets a little bit more focused but it still sounds like a big wash of sound to my ears.   A mouthpiece with a tight core of sound will sound much more compact to me when played against the wall. That’s my experience anyways,  of course this is all subjective so do with it what you will……….

The altissimo was easy to get on this mouthpiece although it felt slightly different to “voice”.  It felt like my normal positions for the altissimo notes had to be exaggerated somewhat and I had to use more air to get the notes out easily.  No big deal but just a slight difference in approaching and playing these notes on the .135.

I know for a fact that this mouthpiece can get a lot more volume than smaller tipped mouthpieces.  I think that even playing with way more air I still was only hitting the 80% volume mark with this mouthpiece.  I think if I spent even more time on it I could knock some walls over with it volume wise………. 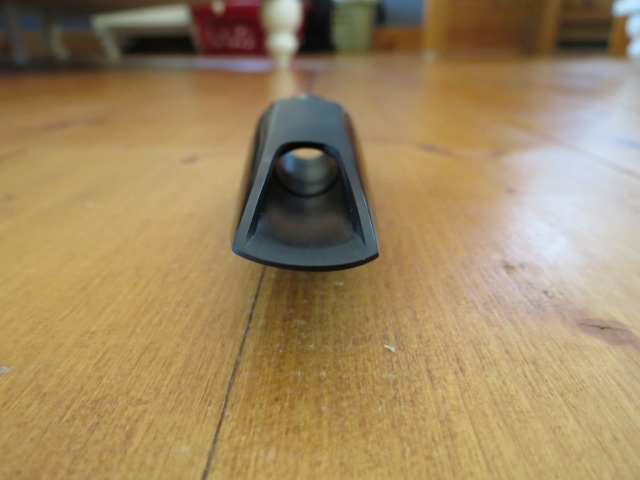 The Benjamin Allen 10E .135 Tenor Saxophone Mouthpiece was fun to play. After reviewing 3 of Ben’s mouthpieces now it is obvious that he knows what he is doing!   Next, I have some Benjamin Allen “Tony Dagradi” models to review so stay tuned…………

If you like the sound of the clip below and the mouthpiece catches your interest then please contact Ben and give it a try. You can contact Benjamin Allen at his website at Allenmouthpieces.com.  Tell him Steve sent you………….Great work Ben!!

Your material is great! I got your New Altissimo Lesson 6 months ago and I have learned more from that than in all my 44 years of playing! I appreciate your down to earth teaching method and I really appreciate the heart that you teach with. I have been a subscriber to your lessons for the past 6 months and I have learned a great deal. Over that period of time I have had some questions and you have never failed to respond. Thanks! I have already recommended your lessons to a number of players in… END_OF_DOCUMENT_TOKEN_TO_BE_REPLACED

I like so many other subscribers feel so encouraged by Steve’s learning techniques; you will enjoy reading the comments of praise others have left as you too will feel that you share a common view and path. I feel very lucky to have come across Neffmusic and that feeling will remain with you as you search through a treasure trove of learning materials on offer, you will quickly find the lessons that you are suited to. You will instantly recognize the unparalleled quality of Steve’s teaching … END_OF_DOCUMENT_TOKEN_TO_BE_REPLACED

By the way, BIG COMPLIMENTS to you, Steve! Not only are you a great player, you are also a great teacher! I, too, am a woodwinds player/teacher. I have new inspiration to play and teach because of you. The concepts and “thinking” is similar to what I already learned in College, but hearing you explain and PLAY the concepts REALLY MAKES THE DIFFERENCE! Also, your written patterns are more interesting than other books I have seen! Keep up the good work. I will be recommending your sit… END_OF_DOCUMENT_TOKEN_TO_BE_REPLACED