Ever since the 1980’s I have been a big fan of Kenny Garrett.  I can’t remember the first time I  heard  him but I remember having a record in the 80’s entitled “Introducing Kenny Garrett” that I loved. (I was an alto sax player back then)  Soon after this, I remember also hearing Mr. Garrett with “Out of the Blue” as well as Miles Davis.

Years later when I started getting into mouthpieces,  I remember hearing that Kenny Garrett played a Vintage Selmer Soloist that was opened to .096 by Fred Rast. (I’m not sure if this information is solid but this is the gossip going around the internet)  I have wanted to try one of these mouthpieces ever since I heard that Kenny was playing on one….. 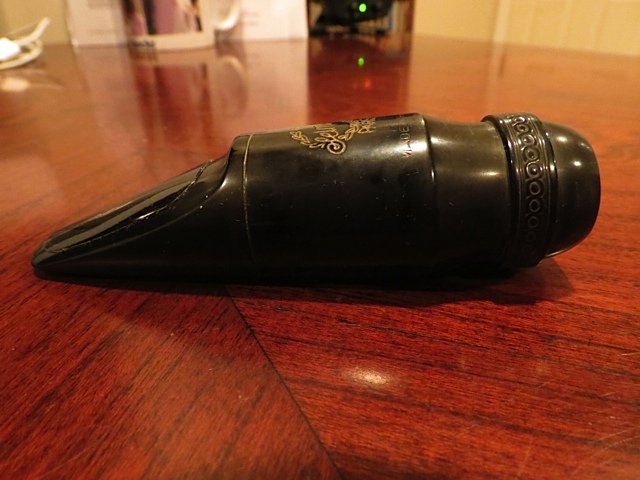 The mouthpiece I am reviewing today is also a Vintage Selmer Soloist.  This one has been opened from a B tip opening to a .080 tip opening by James Bunte.    When Mr. Bunte put one up for sale at a great price, I was quick to grab it.

The Selmer Soloist looks vintage to me although I don’t know what year it is from.  It’s got that old hard rubber smell to it……kind of  a sulfur type smell.  Mr. Bunte did a great job on the table, rails, facing and tip which all look spectacular. 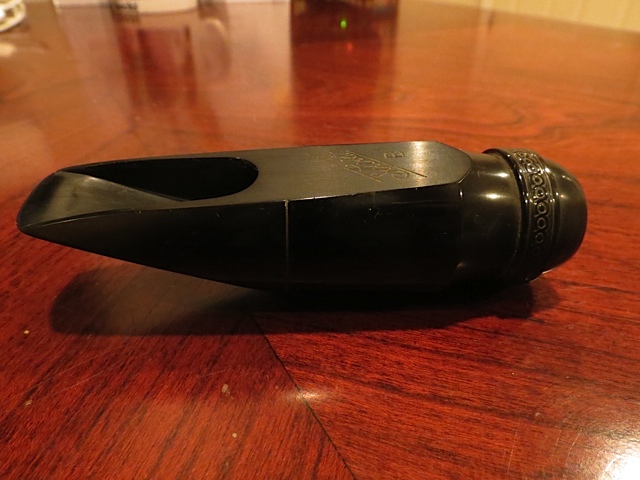 The Selmer Soloist mouthpieces are some of the most interesting to play for me.  They are such an enigma of mouthpiece design and attributes.  I have played some on tenor that were soft, mellow and dark.  I’ve played others that were incredibly bright and powerful.  All of them have looked the same to me and it was always a mystery to me how they would play until I tried one.

This alto saxophone mouthpiece is the same.  I had no idea what to expect.  It has a medium high rollover baffle in it that curves over quickly and then heads straight down into a horseshoe shaped chamber.   The Soloists also have straight side walls on them. 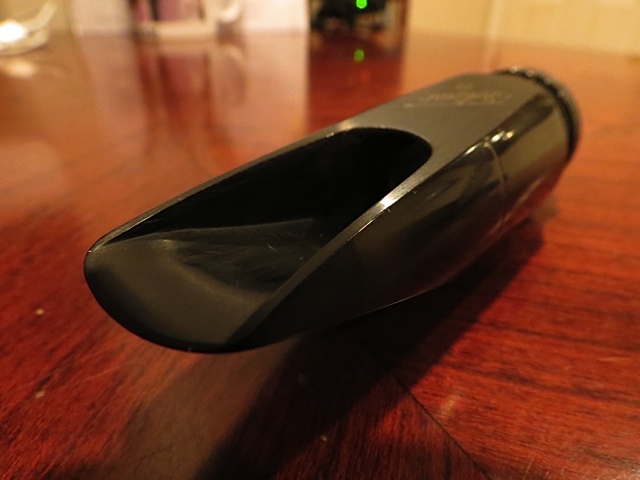 The design of the Selmer Soloist is so interesting because the smaller chamber gives the sound a tighter more focused core to it.  I have played some with less of a rollover baffle that played much darker but still had that very tight core with a dark tone.  I’ve played others that could get so bright my ears would hurt…….

Like I said earlier, this is the first alto soloist sax mouthpiece I have ever tried.   It was very easy to play with 4 different reeds I have tried on it.  I used 3 Rigotti Gold 3 Mediums and one Vandoren Java 3 (this is the one I did the sound clip with)

The tone is what I would consider brighter and edgy.  Very powerful but with a dry quality about it.  Like Kenny Garrett’s tone, it has a “hollow”  almost “nasal”  sound to the tone.  I’m not sure how else to describe it but that’s what comes to my mind when I hear it. 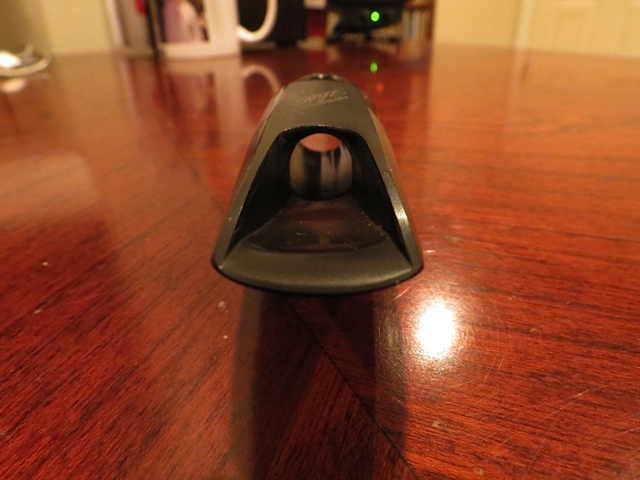 I know people always say that the mouthpiece doesn’t matter and that you sound like “you” on any mouthpiece you play but I find myself sounding very different on this mouthpiece.  Maybe you will agree, maybe not.  You can judge for yourself and compare it to some of the other alto clips.

I really enjoyed playing this Vintage Selmer Soloist alto saxophone mouthpiece. If you like the sound and look of this mouthpiece you can try contacting James Bunte to see if he can hook you up with one.  You could also try finding one on ebay that you can  have opened up by one of the great refacers out there today.

You can follow the discussion on Ted Klum Focustone Standard Model Tenor Saxophone Mouthpiece without having to leave a comment. Cool, huh? Just enter your email address in the form here below and you’re all set.