Today I am reviewing a new Kanee  tenor saxophone mouthpiece.  This is called the “Florida” model and is in the Kanee professional series of mouthpieces.

About a year ago, I reviewed  the Kanee O7 and V7 custom tenor mouthpieces.  These were great playing mouthpieces that were introduced to the market at a very affordable price. These first models were called the custom series.  The florida model I am reviewing today is from the professional series which is a new line from Kanee.

The new Florida models are made out of a brushed hard rubber instead of the shiny glossy hard rubber of the O7 and V7.  Also,  the side walls are rounded so that these new pieces are more akin to the vintage Otto Link style of mouthpieces.

The Kanee mouthpieces are made by the Kanee company is China. The company was founded in 2004 and specializes in woodwind accessories manufacturing. 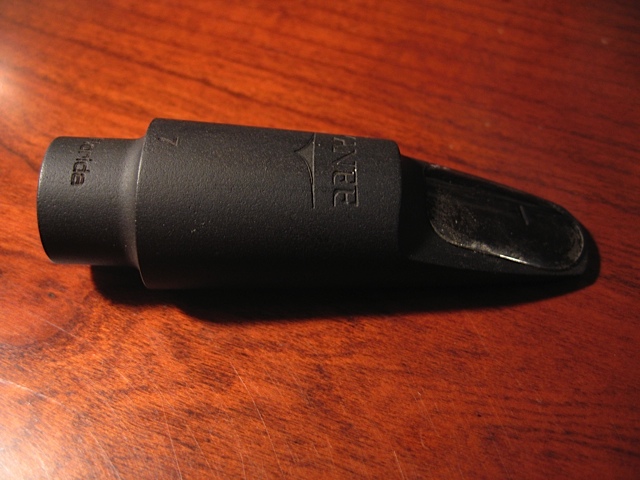 The Kanee Florida model I have is a 7 tip opening.  It came in a nice wood box with a sliding top on it.  Inside the box, the mouthpiece is well protected by cushioning on all sides of it.

The mouthpiece looks to be very well made.  Like I said  above,  the rubber isn’t shiny and glossy like the Kanee “custom” models but has more of a brushed look to it.  I personally think that this look is pretty cool although the rubber does seem to mark easily from ligatures and mouthpieces patches.  The table looks flat and the rails and tip look even.  The shape of the tip is very close to  the shape of my Vandoren Java reed tip which is a good sign. 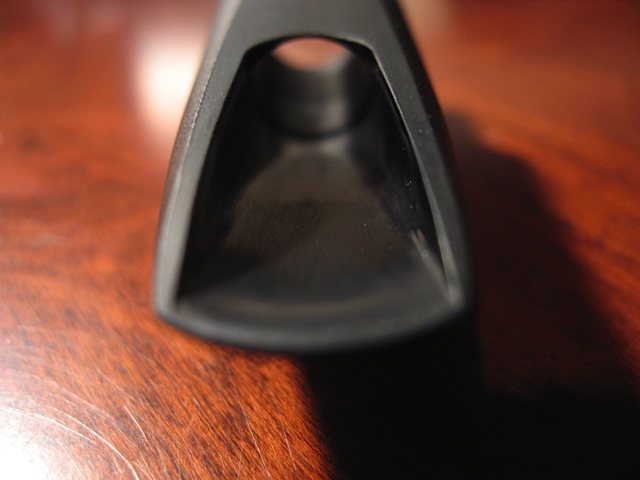 This mouthpiece has a nice and high rollover baffle right at the tip that is very short and then descends down into the medium to large chamber.  The baffle and chamber look to be very similar to my Early Babbitt Florida link.  To my eye they look to be very close.  The only difference that I can see is that my EB Florida link looks to have a larger bore to it.
The mouthpieces played well and I found it smooth and even up and down the horn.  The high rollover baffle at the top of the baffle gives the tone  some nice highs and power.  It has a bit of a “zing” and “sizzle” to the tone.  The low notes are nice and full sounding.  They have a bit of graininess to them that makes the tone more complex sounding to my ear.  It was easy to subtone down low.  I usually prefer a 7*-8 tip opening so this mouthpiece felt a tiny bit more closed than I am used to but it played great. 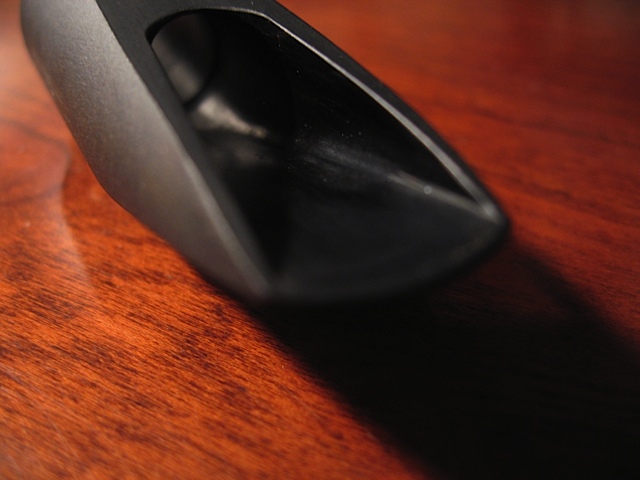 These mouthpieces are very reasonably priced for the quality that you get.  To get wider market recognition and feedback, the Kanee company is starting another passaround of these mouthpieces on SOTW (Sax on the Web).  I can’t speak for the overall quality of every Kanee piece but the fact that they will send their mouthpieces out to sax professionals and enthusiasts  to try………… is a sign that they are confidant in their products.

I’m looking forward to what other sax players that try these mouthpieces have to say.  It’s great to see a quality mouthpiece out there at an affordable price.  Keep up the great work Kanee.   If you would like to try one of these mouthpieces check out the free pass around (you just have to pay for shipping) on SOTW.   You can also visit the Kanee website to find out more about these mouthpieces.

I’ve been a member of Steve’s site for about six months now and the difference it has made to my playing is immeasurable. The (many) benefits of this membership are that you can have lessons at time convenient to you, they work out A LOT cheaper than face-to-face lessons with a teacher of the same calibre and you can replay them ad infinitum. I don’t know how many times have I had lessons in the past where I’ve ended up covering the same concepts when really a ‘replay’ of the last lesson would h… END_OF_DOCUMENT_TOKEN_TO_BE_REPLACED

By the way, BIG COMPLIMENTS to you, Steve! Not only are you a great player, you are also a great teacher! I, too, am a woodwinds player/teacher. I have new inspiration to play and teach because of you. The concepts and “thinking” is similar to what I already learned in College, but hearing you explain and PLAY the concepts REALLY MAKES THE DIFFERENCE! Also, your written patterns are more interesting than other books I have seen! Keep up the good work. I will be recommending your sit… END_OF_DOCUMENT_TOKEN_TO_BE_REPLACED

I just started looking at my lessons and I have to say, dude you are awesome.  I ABSOLUTELY will learn from you!  I started the tenor about 1 ½ yrs ago and have since picked up an alto, and more recently a soprano.  I spend most of the time on the tenor, followed by soprano, and have only gotten to the alto a few times.  I think I’ll be sticking with tenor.  I’m having a great time and hope one day to play well enough to get regular gigs.  I’ve been playing keys for about 35 years (… END_OF_DOCUMENT_TOKEN_TO_BE_REPLACED