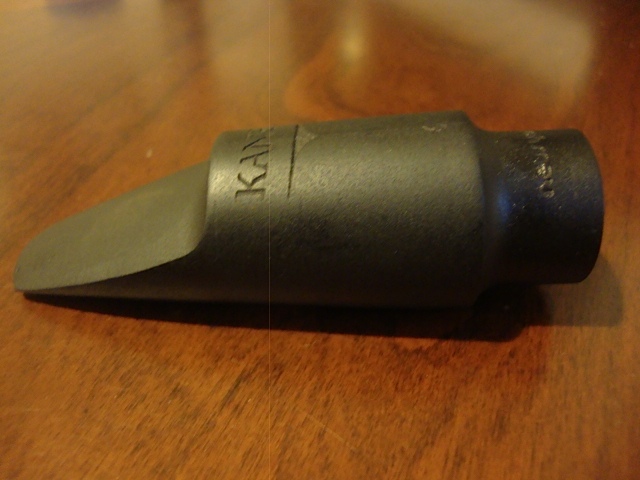 I received a 6 and an 8 tip opening for these alto  saxophone mouthpieces.  Each saxophone mouthpiece looked great out of the box.  The rails were even and thin and the tip rails matched up to the shape of the reed tip perfectly.  These seem to be made from a different hard rubber than the Kanee custom models that I have reviewed before (At least, it looks different anyways.)  The custom series hard rubber is shiny and smooth whereas the vintage series has a texture to it.  They look similar to the texture and feel of the Aizen mouthpieces that I have reviewed previously.  They actually have a bit of that vintage hard rubber smell to them.  I’m not sure what that smell is from but I have smelled it here and there on a variety of vintage mouthpieces.  If you put the Kanee mouthpieces up to your nose you can smell a similar smell.  The New York model has a medium baffle that slides down into a medium chamber.  The inside does indeed look similar to a New York Meyer type of baffle and chamber. 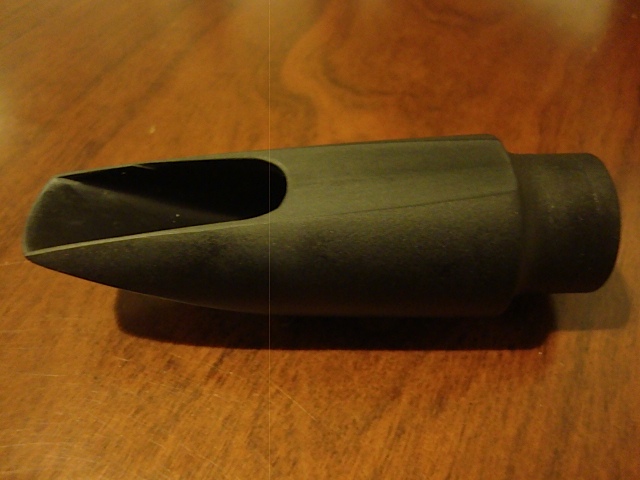 I played on the 6 tip opening first with a Woodstone 3 reed. The tone was bright and focused sounding.  It had plenty of volume when I pushed it and had a tone that was reminiscent of a great bebop sound to my ears.  It reminded me of a Phil Woods, Richie Cole type of sound.  More on the brighter side of the tone spectrum.  I like how the notes really sung out and seemed to resonate fully. 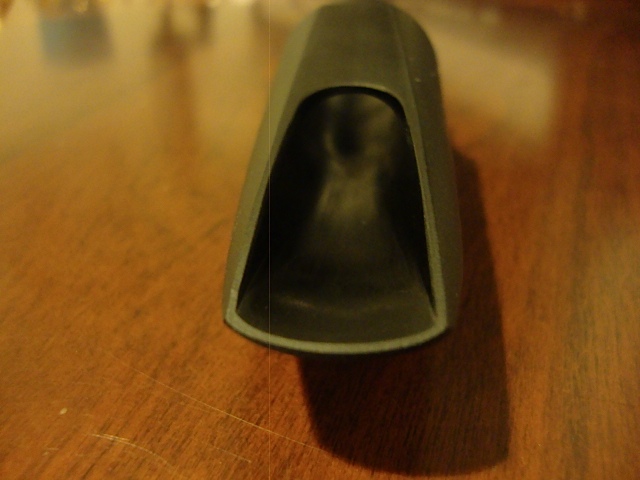 The 8 tip opening was of course a bit more open but it was strange because the reed that I used on the 6 didn’t seem any harder on it.  Usually, when you jump up a couple of tip sizes a reed will feel more stiff.  In this case, I could tell it was more open but the reed played with a similar stiffness and resistance to the 6.  I think there is a difference in the way the facing curve is laid out between them.

I ended up choosing a Rigotti Gold 3 light for the 8.  To me the 8 could be played louder because of the larger tip.  When a tip opening is bigger, you can blow a lot more air through it when you want which will make it louder.  The sound was more spread and not as bright as the 6 tip opening but still plenty loud when you pushed it.  The 6 tip opening had a brighter more laser beam type tone and the 8 had a louder but more spread  tone to my ears. 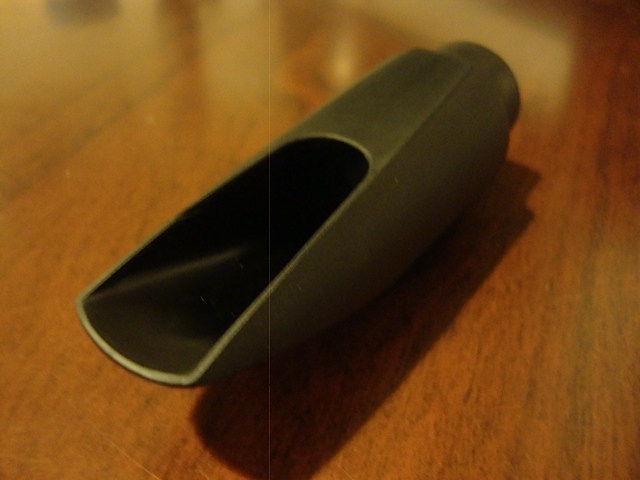 Keep a look out for the Kanee Vintage series.  They should be out on ebay and specific dealers around the world.  These are a great alternative for a vintage Meyer type sound without the vintage Meyer price tag!

Let me know what you think in the comments below.  if you try one of these Kanee mouthpieces yourself feel free to write a review with a star rating below.   Thanks, Steve

I want to say something about Steve Neff’s series of lessons, Beginner Jazz Improvisation. For a couple of years I tried many beginner lessons and my problem was that there was a gap between lessons that were fairly simple and ones that I was not quite ready for and my progress stalled out. That problem was solved with the series Beginner Jazz Improvisation. He guides you step by step along the way and builds a foundation for learning jazz and blues. He leaves no question about what to practice … END_OF_DOCUMENT_TOKEN_TO_BE_REPLACED

By the way, BIG COMPLIMENTS to you, Steve! Not only are you a great player, you are also a great teacher! I, too, am a woodwinds player/teacher. I have new inspiration to play and teach because of you. The concepts and “thinking” is similar to what I already learned in College, but hearing you explain and PLAY the concepts REALLY MAKES THE DIFFERENCE! Also, your written patterns are more interesting than other books I have seen! Keep up the good work. I will be recommending your sit… END_OF_DOCUMENT_TOKEN_TO_BE_REPLACED

Your major diatonic patterns book is great. I”m studying the first twenty patterns (first twenty pages) each day with different articulation each day and slowly increasing the tempo each week or so.  There is a noticeable improvement in finger coordination across all keys and its amazing how much more secure I feel on the difficult keys when attempting to play pieces with 5+ flats/sharps. I’m able to sort out the fingerings for these pieces now much more quickly than before, often in one or two … END_OF_DOCUMENT_TOKEN_TO_BE_REPLACED

I can see from your instructional videos that you are a fantastic teacher – one that can truly relate to all ages – humble yet very positive in approach – never coming across as superior and yet so totally capable of demonstrating the principles and techniques that you seek to impart to the students. I have gained so much confidence in my playing from “pouring over” time and again these invaluable lessons. Invaluable not only in musical content, but also in human interaction content. I am absolu… END_OF_DOCUMENT_TOKEN_TO_BE_REPLACED

Two years later I began a search for a sax teacher and happened to come across Steve Neff when I was searching YouTube for sax teachers.  I went to neffmusic.com and was very impressed with the lessons Steve Neff was offering.  The concept of selecting lessons was an approach that I thought was unique and purchased a few lessons.  I liked the lessons so much that I signed-up for a 6 month package. I was very happy with all the lessons I selected.  I also purchased Steve’s book Mastering the B… END_OF_DOCUMENT_TOKEN_TO_BE_REPLACED