Mark said that the purpose  behind making these two mouthpieces was to try to recapture the sound and playability of the 60’s era “Blue Note” tenor sound. 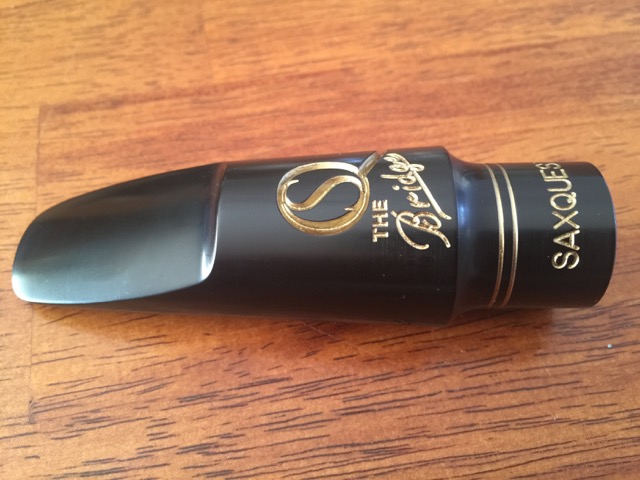 “The Bridge” was designed using a killer Otto Link Slant Signature mouthpiece as a starting point.  According to Mark, “The Bridge was designed using a killer slant sig tenor piece as a starter. However, the problem with every great Otto Link is that they sound incredible in a small room but often fail to project in a larger setting. So, we used the best slant sig from a collection of 20 years and used that as a mathematical starting point. Then we selected and tweaked the copy to get a piece that retained the core sound of the slant sig but had the efficient blowing characteristics of a great stubby Hollywood Dukoff, always keeping in mind that Dexter sound mixed with a little Sonny Rollins. This was a two year process. The resulting piece is milled on a high-precision 5-axis CNC machine and then hand faced to absolute precision.”

“The Core is a piece that embodies the very best characteristics of an Early Babbitt (I’m sure you recognized the baffle configuration with the characteristic “thumb print” pattern). But also utilizes the chamber configuration of a great Calrsbad vintage hard rubber Brilhart. This mouthpiece is actually manufacture at Babbitt using a specially designed core mandrel exclusive to this mouthpiece. It is then hand faced by James Bunte. (I think he’s one of our current “unknown” master mouthpiece facing experts.)  The piece has a unique easy blowing character to it and is perhaps slightly darker in overall sonics when compared to The Bridge. But it also projects and allows for an incredible flexibility regarding tone shaping and expression.”

“These two pieces are definitely different but represent, to the best of my ability, a similar sound concept, that ultimately depends on the player. I’ve seen people respond differently over the years to both versions of a great vintage Otto Link. Some gravitate towards a Florida vintage slant and other gravitate towards the early Babbitt concept. “The Bridge” and “The Core” were designed to give players both modern and consistent opportunities to experience both concepts at a price that won’t break the bank. 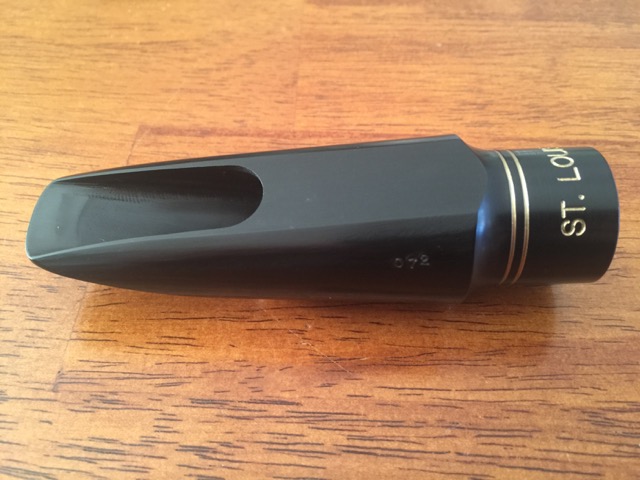 The Saxquest Bridge mouthpiece and Core mouthpiece came together and upon inspection looked very similar to my eyes. To be honest, it is hard for me to pinpoint the differences between them.  They both have medium rollover baffles although the “Core” baffle does look slightly higher to my eye.  The chamber size looks almost identical to me, although I would be curious if one is slightly larger or smaller than the other.

The side rails  are scooped out heading into the chamber and the tip and side rails are then and even.

The two mouthpieces were very reed friendly and the shape of the tip matched the reeds perfectly. 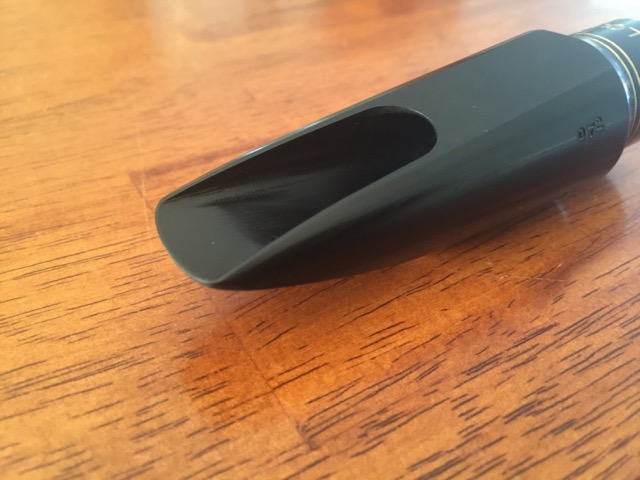 I used a D’Addario Select Jazz Unfiled 3S reed on the Bridge (I call it a Rico in the audio clip out of habit but they are made by D’Addario now according to the new box they come in).  Rigotti Gold reeds also played well on the Bridge mouthpiece, but I felt like those reeds tended to brighten the sound a bit more than I like.

I found the sound of the Bridge to be in the same ball park as a focused and a pure sounding vintage Otto Link mouthpiece.  In comparison to the Core, the Bridge is a little brighter and was definitely more focused sounding.  I could get some nice volume out of it and as I pushed it louder it did get a little bit brighter but not excessively so.

I enjoyed the focus to this mouthpiece as I have played other hard rubber Otto Links in the past that sounded too spread for my tastes.  It’s like the tone was this big huge wash of sound but it was hard for me to hear the center of it if that makes sense.  I really enjoyed the pure core and focus of “The Bridge”.

The Core, on the other hand, seemed to have more “character” and kick in the tone to me.   It’s tone seemed more grainy, textured and complex than the Bridge although the trade off is that the Bridge had that tight focus and purity to the sound I thought. I’ll talk more about the Core in that review to follow.

The intonation on the Bridge was great and the tone was very even throughout the range of the horn as you can hear in the clip at the bottom of the page. 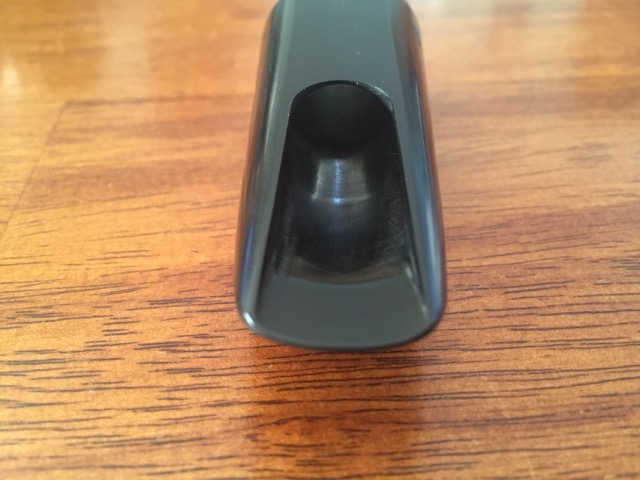 If you read this review, listen to the clip and want to try the Saxquest “The Bridge” tenor saxophone mouthpiece you can contact Saxquest at this link. Also, check out the video of Doug Lawrence on that page as he has a much darker sound on the Bridge than I could achieve on my recording.   Great job Mark Overton, Zak Minor, Ben Reece and everyone else over at Saxquest!

It is so refreshing to have a great player, who can provide lessons and examples in a manner which is understandable to most any enthusiastic saxophonist who is ready to improve. not just the, do this, do that, memorize this, memorize that… while all that is absolutely necessary, you go on to give reasons and examples to explain and validate why you have to do all of these things, the benefits, if you will… that is the key for me, you tell, explain, demonstrate, explain some more, you give perso… END_OF_DOCUMENT_TOKEN_TO_BE_REPLACED